Bigg Boss 14 finalist Rakhi Sawant, who had entered the Salman Khan‘s as challengers, had walked out of the show with 14 lakh rupees during finale. Rakhi grabbed lots of attention with her funny antics and entertaining side in the show. After stepping out from the show, Rakhi shared her mother Jaya Sawant‘s picture on her Instagram handle, who’s battling cancer and undergoing chemotherapy session in hospital.

Sharing the picture of her mother, Rakhi requested everyone to pray for her mom’s speedy recovery and good health. Meanwhile, Rakhi Sawant‘s mother Jaya Sawant, who’s undergoing chemotherapy sessions, spoke to ETimes at the hospital in Mumbai where she’s been admitted.

Speaking about her health conditions, Rakhi‘s mother said, “Yes, three chemotherapy sessions are over. I have yet to undergo three more, though. After that, I have to undergo a surgery. So I will go back home and again get admitted whenever a new session is to be done. But well, my health does keep fluctuating at times.”

Jaya ji also revealed that her daughter is talking care of her health, “My daughter Rakhi is looking after me very well. Ditto for my daughter-in-law. At times, Rakhi might have to go for some work assignments but I am sure that she’ll balance doing her shoots and taking care of my health very well; I have full faith in her.”

When she was asked if she has watched Bigg Boss 14 after Rakhi went inside the show, Jaya Sawant ji said, “Yes, I watched as much as I could. I was very happy that she was participating but I was very sad that she didn’t win (pauses).”

She also expressed her wish to see Rakhi and her husband Ritesh together participating in ‘Bigg Boss 15‘. Speaking about thanking Salman Khan, She said, “Yes, he has helped me morally”. When Rakhi‘s mother was asked who else she liked in ‘Bigg Boss 14, She said, “I liked Rubina Dilaik quite a bit.” 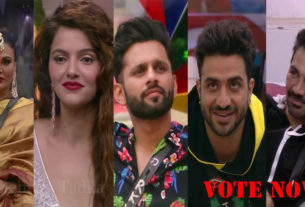 VOTE! Bigg Boss 14 POLL: Who will be the Winner of This season? Rubina Dilaik, Aly Goni, Rahul Vaidya, Abhinav Shukla or Rakhi Sawant 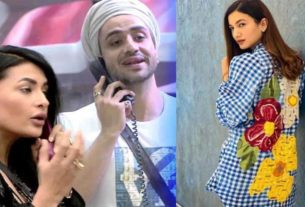 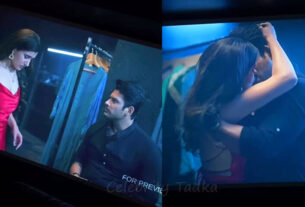