Star Plus popular show Shaurya Aur Anokhi Ki Kahani is one of the most loved show on Television, produced under DJ’s a Creative Unit. It stars Karanvir Sharma and Debattama Saha in lead roles. Karanvir and Debattama as Shaurya and Anokhi is ruling the hearts of fans with their adorable chemistry in the show.

Currently, the COVID-19 situation is worsening in the entire country. The cases are increasing rapidly, and many working sectors have been affected by this second wave. The entertainment industry is also got affected due to rise in cases. The shoots has been stopped in Mumbai after which many shows shifted base to different locations. The makers of SAAKK too moved to Goa for shooting. However, with the second wave of Coronavirus, the Goa government too announced the lockdown and shooting were stopped there.

As reported by FilmiBeat, a sources revealed that the makers of Shaurya Aur Anokhi Ki Kahani have now decided to move to Hyderabad for shoot, which currently also houses the sets of other TV shows like Imlie, and Namak Issk Ka etc. The former show’s cast and crew will be flying out from Panaji to the capital city of both Andhra Pradesh and Telangana. Meanwhile, another source added that the unit would not be shooting in Ramoji Film City where the Namak set is erected, but elsewhere. 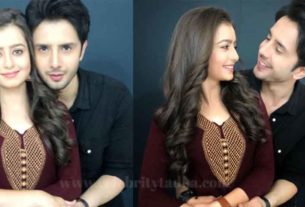 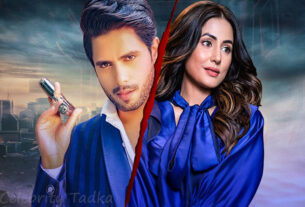 Hina Khan Opens up on her upcoming music video ‘Patthar Wargi’; Says, “Having B Praak, Jaani and Ranvir was a cherry on the cake”