Bigg Boss 13‘s entertainment queen Shehnaaz Gill who is currently in Canada, is very much active on social media nowadays. She has been constantly sharing Hot and Sassy pictures of herself on her social media to keep her fans updated. Just while ago, the singer-actress took her Instagram handle and shared a super stunning monochrome picture of herself that left everyone awestruck.

In the picture, Shehnaaz is seen striking a pose in floral crop top with balloon sleeves and denims. She left her hair open and accessorized her look with a pair of earrings. The actress strikes pose with her eyes closed, and captioned it with a ‘star’ emoji which seems to be her favourite emoticon.

As soon as Sana dropped the picture, her fans flooded her comment section with love and praises. A fan commented, ‘You are my sunshine‘. Some called her ‘Gorgeous & Beautiful‘ while some commented ‘Literally girl .. you will kll us with your hot avatar‘.

Have a look at fans reactions on her post right here:

On work front, Shehnaaz is shooting for her upcoming film Honsla Rakh in Canada. She will be seen alongside Bollywood & Punjabi singer-actor Diljit Dosanjh. The film also stars Punjabi actress Sonam Bajwa & Shinda Grewal in lead. Diljit has also turned producer for this film. It is the very first production of Diljit‘s production house Story Time Productions. Daljit Thind and Pawan Gill have also come on board as producers. It will directed by Amarjit Singh Saron and written by Rakesh Dhawan. The director of photography (DOP) is Baljit Singh Deo. The film is scheduled for Dussehra release on October 15, 2021.

ALSO READ: Shehnaaz Gill looks fresh as a daisy in her latest photos from Canada 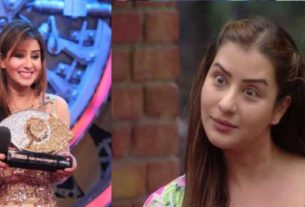 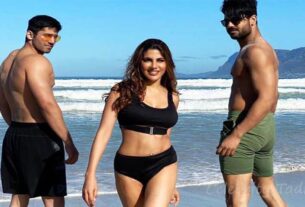 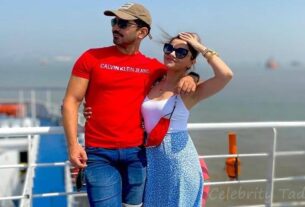 Rubina Dilaik Opens up on being away from Abhinav Shukla; Says, “Being ill makes you want love and comfort from your partner to make you feel better”