Udaariyaan fame Ankit Gupta, who’s locked inside Bigg Boss 16 house, is making lot of headlines with his stint in Salman Khan’s show. Ankit entered the house with his co-star Priyanka Chahar Choudhary where host Salman questioned them about their relationship status. In past, there were rumors of them dating, but they both maintained that they are ‘best buddies’. Priyanka-Ankit enjoys immense popularity on social media and fans loves their onscreen chemistry as well as off-screen bond.

Before entering BB house, Ankit in a chat with Pinkvilla spoke about doing controversial show and his pairing with Priyanka. He also opened up on finding love inside Bigg Boss house. Reacting to his pairing with Priyanka being loved, Ankit said, “I have literally no idea about our (his and Priyanka Chahar Choudhary’s) popularity. We’ve been shooting away in Chandigarh for the longest time now, away from home, so we have no idea. After we come out of the Bigg Boss 16 house, maybe then we’ll understand what we have achieved.”

The handsome hunk also spoke about finding love inside the Bigg Boss 16 house. He feels that relationship made in Bigg Boss house doesn’t lasts. Talking about the same, he said, “It’s a very tricky situation because you are stuck with someone and you have no connections with the outer world. So, even if you don’t like the person, you develop some kind of a soft corner with somebody that you’ve been talking to. I personally think that relationships made in such situations don’t last.”

He continues, “It happens in films that there is a damsel in distress and her knight in shining armour comes and saves her. That’s fine if you’ve developed a certain kind of liking but what happens after that nobody shows. You see, if a sequel is made after 6-7 years, you’ll find the couple fighting and not talking to each other.”

Ankit had doubt about doing Bigg Boss 16 initially & he did not give his confirmation until the last few days. He said he didn’t want to do the show because of it’s nature & we don’t have any connection with outside world. Ankit adds that because of his mother he took the decision of doing on doing the show. He said, “It was my mother who said, ‘Tu Bigg Boss mein kyun nahin jaata?’ Then I thought about it, weighed the pros and cons, and took the decision.”

The actor calls himself biggest ‘introvert’ and jokes that he is the next Gautam Buddha as he doesn’t provoked easily. He quoted saying, “I think I am the biggest introvert one would ever come across. So, it’s going to be a challenge for me to live with 14-15 strangers and deal with them on a daily basis. This is also one of the reasons why I am doing this show. I want to come out of my comfort zone. It’s good that Priyanka is there in the show, so I will have someone that I know.”

Talking about winning trophy, Ankit says, “Even if I survive a few months that will be great for me because I am somebody who doesn’t like to be with people. I am here to come out of my comfort zone. If I achieve that, that is going to be a trophy for me.” 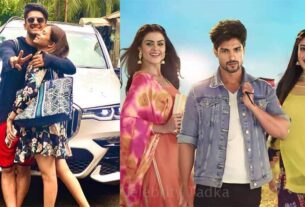 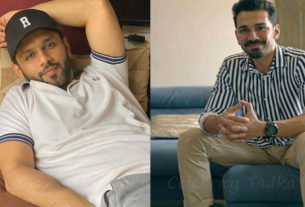 Abhinav Shukla states that Rahul Vaidya did Not deserve to be in the Top 2; Says, ‘He was the one who had quit the show midway’ 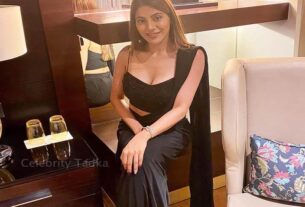 Khatron Ke Khiladi 11: Nikki Tamboli talks about her Journey; “I didn’t go there with a motive to win the show but to get the experience”