Star Plus show Ghum Hai Kisikey Pyaar Meiin ruling the TRPs charts with good ratings. The show stars Ayesha Singh–Neil Bhatt in lead role. The current track of the show revolves around Sai staying in Nagpur with Savi for Vinayak’s treatment while Chavan family is upset with Sai’s return. The latest episode saw Usha telling Sai about the doctor’s requirement in a orphanage. Sai checks advertisement and contacts them for job while Virat, Pakhi and Bhavani gets ready to go to the orphanage for donations and opening new clinic for kids.

Virat wants the orphanage people to start the treatment of kids from beginning so that they don’t suffer like Vinayak. The orphanage staff selects Sai seeing her achievements and qualifications while Bhavani, Pakhi and Virat meets orphanage officials. Bhavani gives donations and talks about new doctor that they have appointed for orphanage’s new clinic. Pakhi suggests Virat and new doctor to do the opening of clinic together by cutting ribbon.

Just then, the Orphanage’s head introduces Dr Sai Joshi to the Chavan family leaving them shocked. Angry Bhavani asks orphanage head to find new doctor as Sai will not be part of the clinic which is made with their donation. But the orphanage in charge tells Bhavani that Sai is best doctor and have high very qualification. Virat too supports Sai and states that she is the best for the Doctor’s position.

After lot of discussion, Bhavani agrees for the same but Sai leaves. Virat rushes to stop Sai asking her to return for the sake of orphanage kids. While convincing Sai, Virat reveals how he met Vinayak in this orphanage and adopted him. Sai gets shocked after learning the truth and agrees to return. Meanwhile, Bhavani alerts Pakhi to be careful about her relationship with Virat as she is unable to see the coming storm in her life with Sai’s return. Furthermore, Pakhi and Virat do the ribbon-cutting ceremony of clinic.

In the upcoming episode, Savi calls Sai to Chavan house where Vinayak and Savi tries to get Virat-Pakhi close as they celebrates there wedding anniversary. As Sai arrives there, she feel heartbroken seeing Virat and Pakhi’s growing closeness. 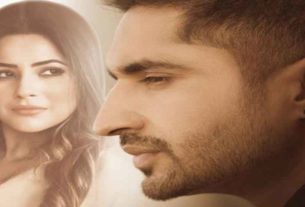 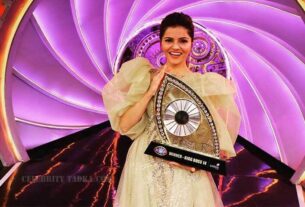 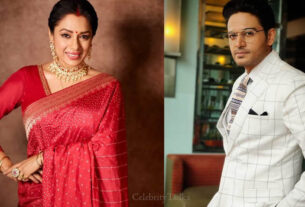 Anupamaa: Gaurav Khanna shares his experience of shooting with Rupali Ganguly; “She is a wonderful performer. If you have co-actress with such a caliber, you don’t have to think much”