Rupali Ganguly–Gaurav Khanna starrer Anupamaa is presently ruling television screens with high TRP ratings. The upcoming track will witness huge drama as Toshu kidnaps his own daughter while Anupamaa rushes to find him. The latest episode saw Anupama coming to Navratri pandal as chief guest which leaves Baa irked. Later, Leela gets facilitated by Anupamaa and asked to say a few words about how she is feeling. Barkha waits for Baa to get being humiliated by ladies at Pandal as she provoked them to insult Leela.

Leela says that she is happy to receive the award from Anupama and then talks about her sweet and sour equation with her. Just then, neighborhood ladies taunts Leela how she and her family troubled Anupama in past while Barkha enjoys seeing Baa getting insulted. Meanwhile, a lady states how Toshu is also following Vanraj’s foot steps as he too cheated on his wife Kinjal. Vanraj and others supports Baa while Anupama stops Ladies from fighting and asks everyone to celebrates Navratri rather than

The function starts and Anupama dances beautiful while Anuj becomes DJ as he plays music loudly. Everyone starts playing dandiya while Pakhi dances with Adhik happily. Baa asks Vanraj to keep an eyes on Pakhi-Adhik. Just then, Adhik takes Pakhi to a corner and asks her for a kiss which leaves her surprised. He comes close to Pakhi while Vanraj looks for her in pandal. However, Vanraj fails to find Adhik-Pakhi and later sees them dancing.

After a while, Toshu enters the Pandal and begins to play dandiya with Kinjal forcefully. Anupama sees him and starts playing dandiya with Toshu furiously in place of Kinjal. Vanraj and Anuj watches them while Anupama takes Toshu aside from crowd and tells him that she is his mother in both anger and stubbornness.

Seeing Anupama’s anger, Vanraj takes Toshu outside and asks why he came to function when he asked him to not. Toshu again plays victim card saying he is left alone by his whole family while Vanraj reminds him that he is responsible for his own problems. Toshu gets angry as his wife and daughter both got away from him. He decides to run away with his baby. Meanwhile, Anupama asks Rakhi to enjoys dance as she will take care of Kinjal’s baby. However, Anu gets shocked seeing Pari missing from cradle.

In the forthcoming episode, Anupama sees a letter on baby’s cradle and tells Vanraj and others that Toshu has run away with Pari. Kinjal panics thinking about her baby while Rakhi consoles her. Anupama rushes to find Toshu and goes to a temple where she finds Pari’s toy lying on the floor. Anupamaa realizes that Toshu is nearby and goes to find him. Will Anupama able to find Toshu? 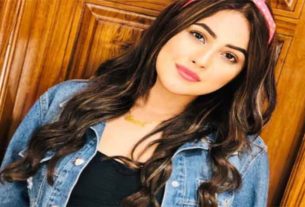 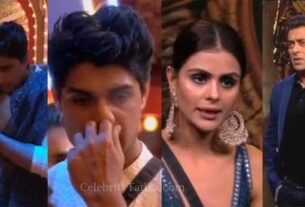 Bigg Boss 16: Priyanka says she is playing for herself and Ankit playing his own game, Salman Khan announces Priyanka Choudhary’s eviction, Ankit gets emotional 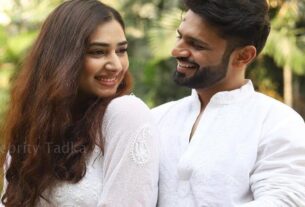 Disha Parmar talks about her Marriage with Rahul Vaidya; “It’s going to be unbelievably beautiful”