Rupali Ganguly–Gaurav Khanna starrer Anupamaa is presently ruling television screens with high TRP ratings. The current track of the show revolves around Kinjal deciding to give divorce to Toshu after his extra-marital affair truth got exposed. Other hand, Toshu blames Anupamaa for his broken relationship with Kinjal and Pari. To take revenge from Anupama, Toshu calls Orphanage staff saying that Anuj-Anupamaa doesn’t take cares of little Anu and they’re bad parents.

Orphanage staff comes Shah house to take little Anu with themselves after they gets complaint on phone. Anuj and Anupama gets shocked seeing Orphanage members at Shah house and asks them about their arrival. They both gets shocked on learning that someone has filed complaint against them that they are not good parents for little Anu.

Toshu wants to make Anupama feels the same pain that he is going through by staying away from his daughter. While Anuj and Anupama pleads in front of Orphanage staff to not take little Anu away and tries to explain them that they got a wrong information. Staff questions them that little Anu went missing from few hours back as they got a information from someone on call. Anuj-Anupama and others wonders who would have called while Vanraj doubts Toshu. Meanwhile, Anuj-Anupamaa explains them that it was a little mistake and chhoti Anu was not missing but was playing ‘hide & seek’.

ALSO READ: Big Twist! Toshu to take revenge from Anupamaa by taking Anu away from her?

Just then, little Anu comes and gets scared learning that Orphanage people has come to take her away. She cries and tells that she does’t want to go away from Anuj-Anupama. Anupama consoles her and assures that she will not go. Vanraj supports Anuj-Anupama and tells Orphanage authorities that they both are very good parents of little Anu. He says that kids play game and do fun which cannot be controlled. Whole family makes Orphanage staff understand that someone must have did a prank on call and says that little Anu is happy with her foster parents.

After lot of requests, the staff members agrees to not taking away little Anu and calls Anuj-Anupama good parents. As they leaves, Anupama asks little Anu to go and play. Further, Anupamaa looks at Toshu angrily while he fears of getting caught. Anupama calls him furiously and lashes out at Toshu for calling Orphanage staff. Toshu denies all allegations while Baa supports Toshu and yells at Anupama for doubting Toshu.

Anuj asks Anupama if she is right about Toshu while she gives him nod. Anuj gets furious on learning that Toshu was trying to keep little Anu away from him. He slaps Toshu questioning him how dare he did that. Vanraj gets angry and questions Toshu grabbing his collar while he accepts that he called the orphanage staff.

In the upcoming episode we will see Anupamaa dancing and playing dandiya while Anuj turns DJ and whole family celebrates Navratri crazily. Amidst the celebration, Toshu takes away his daughter Arya while Anupama stands shocked seeing Pari missing. Anupama tells everyone that Pari is missing and picks a note from cradle. Rakhi and Anupamaa stunned seeing the letter.

Is Toshu really kidnapped his daughter? 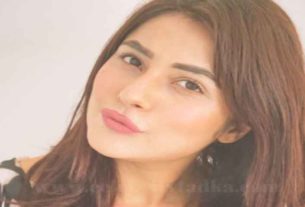 Bigg Boss 13 contestant Shehnaaz Gill is at her home in Mumbai and not stranded in any hotel, contrary to the recent reports 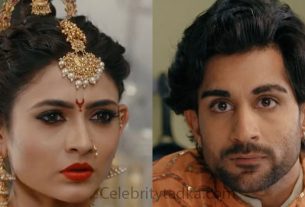 Mehndi Hai Rachne Waali Spoiler: Pallavi to reach Raghav’s truth of him being a diamond smuggler 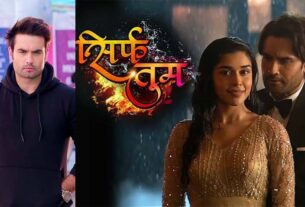 Sirf Tum: These popular actors had denied playing Ranveer in the Colors’ show