Star Plus show Yeh Rishta Kya Kehlata Hai is ruling the TV screens with great TRP ratings. The show stars Harshad Chopda and Pranali Rathod in lead. The upcoming track will see Akshara getting suspicious about Neil-Aarohi’ love angle while the ongoing track revolves around Akshu-Abhimanyu signing divorce papers. They both are heartbroken and cannot live without each other but doesn’t want to talk due to their anger. The latest episode saw Abhimanyu and Akshara eating lot of sweets like brownies and chocolates continuously due to pain of separation.

Abhi and Akshu end up at each others house and express their feelings in intoxicated state. Akshara yells outside the Birla house calling out Abhi. At outside Goenka house, Abhi calls Akshu and state that she always wants to be the bigger person. After being tired calling out each other, they both sleeps at the door steps and gets shocked when they wakes up in the morning.

Other hand, Aarohi talks to someone on call whom she is dating but the person’s face didn’t revealed. Meanwhile, Akshara gets ready to bring back Kairav and Manish home as she hands over the papers to Vansh that needed in court. Furthermore, Abhimanyu too gets ready to meet the government authorities who have sealed the hospital as he plans to get back his Birla hospital.

In the forthcoming episode we will see Goenka and Birla’s celebrating Navratri respectively. Manish and Kairav returns home as they gets bail while Abhimanyu too gets back Birla hospital. Amidst Navratri celebration, Akhilesh catches Neil inside Goenka house and whole family gets shocked seeing him in their house. Akshara questions Neil what he is doing in Goenka house while Neil keeps mum looking at Aarohi, who’s also scared. Meanwhile, Abhimanyu tries to call Neil and Akshara suspicious that something is brewing between Neil-Aarohi.

Is Neil-Aarohi really dating? Will Akshara find out the truth about Neil-Aarohi’s relationship? 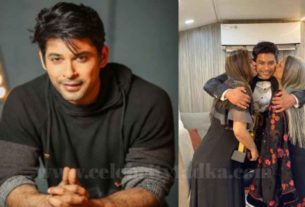 International Women’s Day 2020: Siddharth Shukla wrote a Heartfelt note for her Mother and Sis, Says ‘There’s Nothing A Woman Can’t Do’ 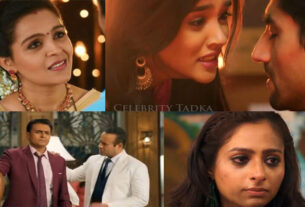 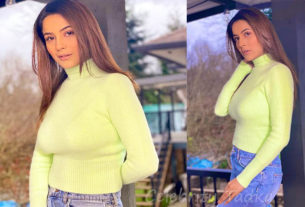 Shehnaaz Gill looks breathtakingly Beautiful in this turtleneck Top; Fans are completely mesmerized by her beauty