After Bigg Boss 14 contestant Eijaz Khan left the show mid-way due to prior work commitments, former Bigg Boss contestant Devoleena Bhattacharjee had entered the BB 14 house as his proxy. During her stay inside the house, Devoleena grabbed lot of attention for her fights.

In one of the episode, the actress even had a major emotional breakdown where she started throwing things out of rage after which she got nominated for the entire season. On seeing Devoleena‘s game, many people said that she is not the right proxy for Eijaz Khan.

Now, in an interaction with SpotboyE, Eijaz has opened up about the same and said, “I didn’t see a single episode, so I can’t comment on that. But ye proxy ka system hi mujhe samajh nahi aaya. Like how can we expect Devoleena to enter and start behaving like Eijaz Khan because she is my proxy. If I would have also entered as somebody’s proxy I would have tried to give my best with all my strength and tried to be in the game and I am sure she did the same.”

The actor further talked about the real reason of him not returning to the show. He quoted saying, “I was not in the discussion directly with my makers but my managers. Secondly, I was busy shooting day and night, so I wasn’t really aware what exactly was going on. I had no idea what Devoleena was doing inside and who was being called to support her. I was clueless. Ye proxy ka poora system hi mujhe samajh nahi aaya.”

He added, “But I was doing what was in my hand. I was working hard and shooting most of the time so that I can complete my work as soon as possible and get myself available for the makers so that they can plan my re-entry. I was available on 6th but what changes were done, I think they would have a better answer for it but according to me, I missed that quarantine window because of which I couldn’t go inside.”

ALSO READ: Bigg Boss 14: Devoleena Bhattacharjee Opens up on Eijaz Khan’s response to her as his proxy in the show 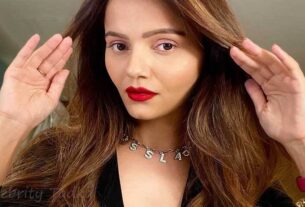 Rubina Dilaik looks Stunning in This Black outfit; Says, “Who judge you as arrogant & superior don’t know that you are a woman of boundaries & standards” 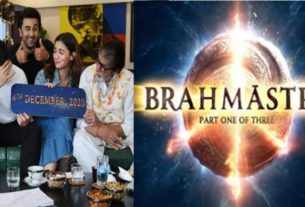