As the the New Year 2021 has arrived, India’s popular streaming platforms ZEE5 and ALTBalaji has lined up their super exciting list of upcoming web series. Here’s are the list of the Most Anticipated ZEE5/ ALTBalaji‘s Web Series that you might be looking for. Also shares your views in the poll section below which ZEE5 & ALTBalaji’s series you are eagerly waiting and super excited to see.

After a 2 successful seasons of ‘Broken But Beautiful‘ which has Vikrant Massey as Veer and Harleen Sethi as Sameera in the lead. The makers are all set to hit the platform with the third season of the romantic drama. Broken but Beautiful Season 3 stars Sidharth Shukla as Agastya and Sonia Rathee as Rumi. The new season will soon stream on ALTBalaji.

The web show features Tiktok star Faisal Shaikh along with actress Ruhii Singh. Faisal also making his acting debut with this show. The web series will stream on 25th of January 2021 on ALTBalaji .

ALTBalaji is coming up with a new series titled ‘CRASHH‘. The show stars Zain Imam, Rohan Mehra, Aditi Sharma, Anushka Sen and Kunj Anand. The web series will stream in February 2021 on ALTBalaji. Crashh is a saga of sibling love and the pain of being separated at a young age. It is produces by Ekta Kapoor under production house, Balaji Telefilms.

After the success of the Class of 2020, Ekta Kapoor and Vikas Gupta have decided to launch the Four season Class Of 2020 is going to be the longest series on the digital platform. Reportedly, the upcoming season of the class of 2020 will be launch in winter 2021.

After the success of season 1 of Code M, which starred Jennifer Winget, Tanuj Virwani in lead, the makers are all set to come up with the second season of the web series. The filming of the web show will begin soon.

The above teaser is of ‘A Married Woman‘ season 1. The web show ‘A Married Woman‘ stars Riddhi Dogra and Monica Dogra in lead. It is based on Manju Kapur‘s novel. After the success of season 1, the makers are set to come up with the second season of the web series.

Earlier, speaking about the success of Code M, producer Ekta Kapoor said in a statement, “Samar, Akshay and the team put in the best efforts, walked the thin line between being commercial and yet credible, and did a fantastic job. Code M has done well for us and congratulations Jennifer, Tanuj and the entire team. ALTBalaji is delighted to extend this partnership with Juggernaut Productions with A Married Woman and Code M second season.” 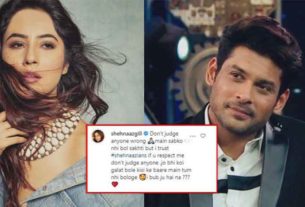 Shehnaaz Gill Request her Fans To Not Judge Anyone Wrong; Is She Was Hinting At Sidharth Shukla? 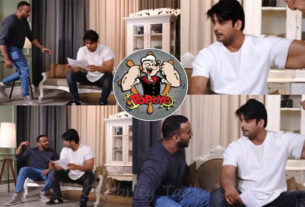 Sidharth Shukla turns ‘Popeye’ in This Hilarious video shared by Rohit Reddy as he flaunts his Big biceps: WATCH 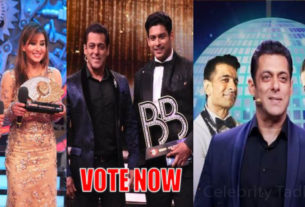