Ekta Kapoor‘s AltBalaji‘s latest web series Broken but Beautiful 3 has been making lot of headlines since its release and receiving great response from the audience. The series stars Sidharth Shukla and Sonia Rathee in lead roles. The duo’s on screen presence and chemistry have been lauded by viewers all over the social media. The web show is directed by Priyanka Ghose.

This also marks Sidharth‘s debut on digital platform. The makers and actors are enjoying the high on success of the web show. BBB 3 is produced by Sarita A Tanwar and Niraj Kothari of 11:11 Productions. It is one of the highest rated web series of this year on IMDb, with a 9.2 ratings. It also stars Ehan Bhatt, Manvir Singh, Jahnavi Dhanrajgir, Bishakha Thapa, Taniya Kalrra, Saloni Khanna Patel among others. BBB1 & 2‘s Vikrant Massey and Harleen Sethi also appeared in 3rd season.

Broken But Beautiful 3 was released on May 29. It’s been one and half months to the shows release and today Sidharth‘s fans are celebrating the success of his debut web show. Fans are trending at top “CELEBRATING SUCCESS OF BBB3” on Twitter trend list showering love and praises on the entire team of Broken But Beautiful 3. The show is currently streaming on ALTBalaji and MX Player.

A fan tweeted, “The most successful series ever on Alt, Broken but beautiful 3 broke all the records and has continued its fantastic performance on MX player too…He deserve even more and more love and success, Keep Shining like a star @sidharth_shukla ☆ CELEBRATING SUCCESS OF BBB3.”

Have a look at the fans tweets right here:

“I am always nervous before a project. I feel blessed & overwhelmed with the kind of love that I received for BBB3. But appreciation shouldn't be only for me, it should be for the entire team that has worked so hard in the pandemic.” @sidharth_shukla

The most successful series ever on Alt, Broken but beautiful 3 broke all the records and has continued its fantastic performance on MX player too…He deserve even more and more love and success, Keep Shining like a star @sidharth_shukla ☆

Destiny of hard work is always success You have done hard work shown huge dedication & passion.May this success lead to greater achievement in the years to come . Congratulations @sidharth_shukla This word seems to small on your passion.#SidharthShukla
CELEBRATING SUCCESS OF BBB3 pic.twitter.com/IHMY2nsnbh

Congratulations @sidharth_shukla to you and to the entire team! Thank you for giving us a series to love, cherish & enjoy and an iconic character like #AgastyaRao who will be remembered & celebrated for a long time to come!

The Excitement #BrokenButBeautiful3 had created was Huge. BUZZ was HIGH since 2/12/2020 with the most creative& hardworking team.From GQ most anticipated web show of 2021 to The most streamed & binged shows since it's release ruling charts#AgastyaRao
CELEBRATING SUCCESS OF BBB3 pic.twitter.com/EKQBidp45X

The perfection with which #SidharthShukla carry out his every role always makes us proud & amazed. Each character played by him whether it was of collector saab or of Agastya Rao left beautiful mark on audience's mind & became highlight of project.

ALSO READ: Vikrant Massey reacts on comparisons with Sidharth Shukla in Broken But Beautiful: “I think that’s completely unfair to him, me, the makers of the show” 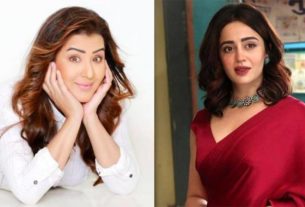 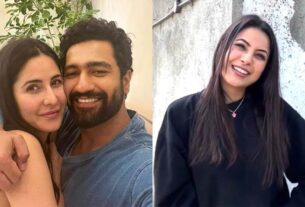 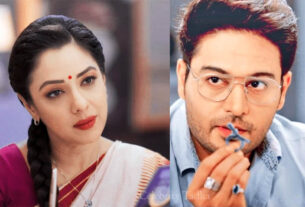 Anupamaa Spoiler: Anuj proposes Anupama for marriage; Will she accept his proposal?