Colors TV’s Naagin 6 starring Tejasswi Prakash and Simba Nagpal in lead, has been keeping the viewers hooked with interesting twists and massive drama. The current track of the show revolves around Pratha snatching her daughter from Shakti while Shakti and Rishabh gets into massive fight. Shakti sees knife on the ground and stabs Rishabh. Pratha tries to wake up Rishabh and takes her Shesh Naagin avatar and attacks Shakti. She hits Shakti and tries to wake Rishabh. Meanwhile, Shakti gets up and tells Pratha that in next birth she will be his and he stabs himself and falls from the cliff.

Recently, its reported that the show will take generation leap of 21 years post which the story will revolves around Pratha’s daughter Prathna and Anmol who will become Naagin.

Reportedly, Tejasswi Prakash will play two roles in the show first one as elderly Pratha and second one Pratha’s daughter Prathna. Actress Amandeep Sidhu will be seen playing the character of Anmol. Tejasswi and Amandeep recently seen shooting together on the sets.

There were also reports that Pratik Sehajpal will be part of the Naagin 6 after generation leap. However, there was not confirmation about his entry. And now, Pratik’s entry is finally confirmed.

A BTS video of Pratik Sehajpal shooting with Tejasswi–Simba on Naagin 6 sets going viral on social media. In the video, Pratik seen lighting the candles sitting down while Simba and Tejasswi seen in elderly look. 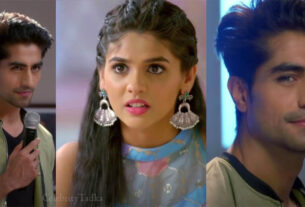 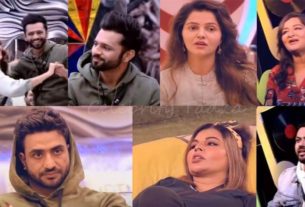 Bigg Boss 14: Rahul Vaidya sings a song for Rubina; Aly Goni & Rakhi gets into argument after he says that he doesn’t want to see her in finale 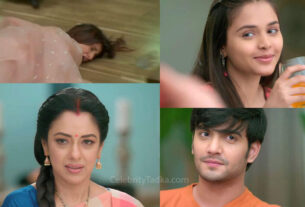