Bigg Boss 15 lovebirds Karan Kundrra and Tejasswi Prakash are definitely one of the most talked about couples in the town right now. The duo have been grabbing lot of eyeballs with their chemistry and love story. They both celebrated their first Holi together just yesterday, and photos of the same have been doing the rounds on social media.

And now, Karan surprised his and TejRan fans by sharing several pictures of him and Tejasswi Prakash from their first Holi celebrations together. The handsome hunk also ensured fans that Tejasswi managed to put Holi colors on him first. Apart from the photo with Tejasswi, it also has snaps of them with friends, including Nishant Bhat, Arjun Bijlani among others.

Sharing the first post, he wrote, “yes yes she managed to put colour on me first.. happy holi from us to you!!.”

In another post, he said, “lol yes we’re obsessed with each other and we fear people are gonna stop hanging with us anymore coz what’s the point?? our first holi.. @anusoru thanks for making us twin.”

On the work front, Karan was recently seen in a music video ‘Rula deti Hai’ with girlfriend Tejasswi Prakash. Another music video was ‘Kamle’ alongside Akasa Singh which released on 15 March. Both the song has received great response from viewers. Karan is currently doing Ekta Kapoor’s reality show Lock upp which is grabbing lot of attention with his entry as Jailor. 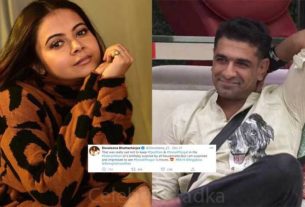 Bigg Boss 14: Devoleena expresses her disappointment over NOT giving chance to Eijaz Khan-Sonali Phogat to perform on Salman’s B’day 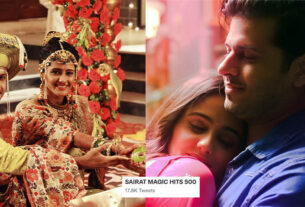 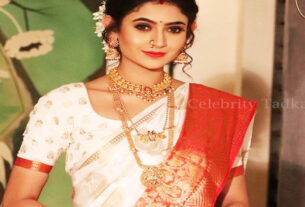