Star Plus show Ghum Hai Kisikey Pyaar Meiin is grabbing lot of attention with immense drama. The show stars Ayesha Singh and Neil Bhatt in lead roles. The ongoing track revolves around Sai spending time with Vinayak and Savi after learning the truth that Vinu is her real son while Pakhi panics after she didn’t finds Vinu at school. Pakhi gets furious on learning that Sai took Vinu with herself without her permission and calls Virat informing him the same.

Virat panics thinking that Sai has run away with Vinayak and Savi just like before as he tells her the same. Sai gets shocked and tells Virat that she never ran away and it was him who choose his ex-gf Pakhi instead of his wife and son. Sai questions Virat for hiding the truth for Pakhi’s sake just because she cannot become mother. She asks Virat why he never sees her pain and grief and how she was heartbroken to find out about her son.

Virat tells Sai that she have Savi to live with but Pakhi have no once except Vinu. Sai calls out Virat for expecting her to sacrifice her son for his wife who was responsible for all the pain and guilt she has been living in for years. Later, Sai gives time to Virat to tell the Vinu’s truth to his wife Pakhi and family as she will not let her son stay in Chavan house anymore. Sai demands her son back, just then Pakhi comes there.

Virat fears that Pakhi heard the truth that Vinu is Sai’s son. However, Pakhi fails to hears anything and questions Sai angrily for being so irresponsible and taking away her son without informing her. While Sai gets angry at Pakhi’s talks, Bhavani comes there and taunts Sai for being worst mother who took away the life of the heir of their family.

Hearing hateful comments from Pakhi and Bhavani, Sai looses her calm and tells Pakhi that Vinayak is not her son. Pakhi gets shocked while Virat looks scared seeing Sai revealing the truth. This entire episode has left fans impressed and viewers are lauding Sai Joshi for her fierceness and not giving up on her son and taking firm stand. Fans are praising Ayesha Singh for her amazing performance.

This is the sai joshi we want🔥🔥 go for it.bring these criminals down from their high horses,humiliate them in public,Remove them from their respective positions,drag them 2the court n put them behind d bars 4all their criminal activities,bring it on🙌#GhumHaiKisikeyPyaarMeiin pic.twitter.com/I1Vz0eTL2m

love the way she responded to him💥💥💥

He already chose option 1 during Savi's truth revelation and I will not be surprised if he chooses option 2 this time and says that for his FARZ/ RESPONSIBILITY he has to do it😭😭😭#AyeshaSingh #SaiJoshi#GhumHaiKisikeyPyaarMeiin pic.twitter.com/a7qEjHsUGj 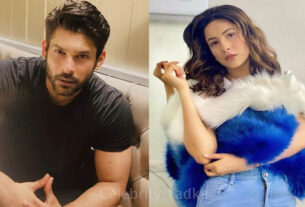 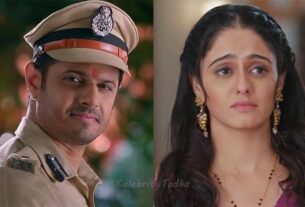 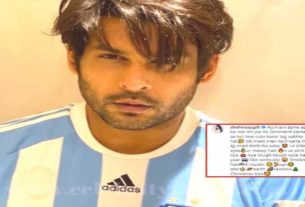