Few weeks back, Sidharth too has shared the BTS pictures from the sets leaving his fans excited from the web series. Since the shoot has began, fans have been eagerly waiting to see Sidharth & Sonia Rathee Aka Agastya & Rumi‘s glimpse from the BBB 3 sets. And now, BBB3 producer Sarita Tanwar took her Instagram handle & shared an beautiful BTS picture of Sidharth and Sonia together from the shoot of web series.

In the picture, Sonia & Sidharth Shukla seen looking at each other’s eyes. Sonia is seen smiling in the picture, while Sidharth‘s face can not be seen. Sharing the picture, Sarita tagged Sonia–Sidharth and wrote, “Smiles are in place, even on a Sunday shoot.”

Have a look at Sarita Tanwar’s IG story snap:

In the web-series, Sidharth will be essaying the role of a theatre director Agastya Rao. He will fall in love with a much younger girl named Rumi (Sonia Rathee). Agastya, who is nursing a broken heart, will eventually fall in love with her. The release date of the ALTBalaji‘s romantic drama is yet to be announced.

ALSO READ: Broken But Beautiful 3: Sidharth Shukla’s BTS pictures from the shoot of his upcoming web series goes viral; Also meets his fans on the sets 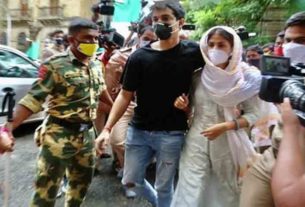 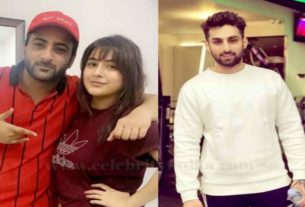 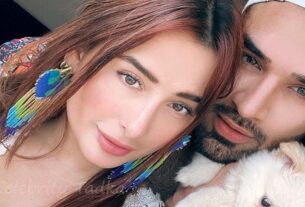