In the upcoming Bigg Boss 14 Weekend Ka Vaar episode, Rahul Vaidya who voluntary walked out of the show, will now be seen entering the Salman Khan hosted show again. But before entering the controversial house, Rahul has to face some ‘Teekhe’ questions by host Salman Khan.

In the latest Bigg Boss 14 Weekend Ka Vaar promo, Rahul Vaidya seen on stage with host Salman Khan. Further, Salman Khan will be seen questioning Rahul whether those fans who voted for him will ever trust him again. Rahul replies him that his fans know how much he is close to his family. Dabangg star asks Rahul whether he feels that others who locked inside the house are not close to their family. Salman says, “Aap kya ye kehna chaah rahe hai ki sirf ap hi apne parivaar se close hai. Baki sab contestants ghar ke andar close nahi hai.”

Then, Salman calls him ‘mentally weak’ saying that he has proved that he is weak in comparison to those who are inside the BB 14 house, as they did not run away from the house like him. On hearing this, Rahul requests Salman Khan not to call it ‘running away’. Salman replies him, “Sir! bhaagna hi kahenge isko, hamara show shod ke aap ghar chale gaye.”

Later, Salman can was seen saying that let’s hear housemates opinions, what they have to say on Rahul‘s re-entry. 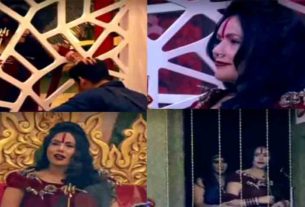 Bigg Boss 14: Radhe Maa Enters Salman Khan’s Controversial House NOT as a Contestant But to Bless the House; Gives ‘Aashirwad’ to Sidharth Shukla 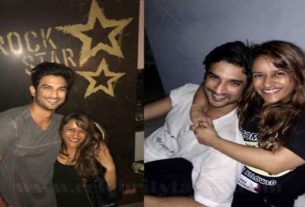 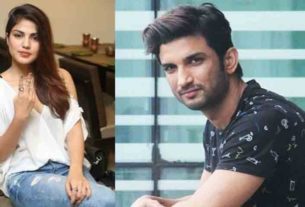 Sushant Singh Rajput Case: Rhea Chakraborty and Others To Undergo Narcotics Test; Blood Samples To Be Taken by NCB-Reports