Bigg Boss 13 fame Mahira Sharma and Paras Chhabra recently seen distributing essential food packets to the underprivileged. They both shared a video of the same on their social media handle. Paras and Mahira fans appreciated their noble gesture, while some called it a PR stunt in this time of crisis.

Recently, Television actor Jay Bhanushali took a dig at Paras Chhabra and Mahira. He tweeted that distributing food packets to the needy has become a PR activity for some ‘so-called actors’.

Mahira Sharma recently reacted on Jay‘s PR activity remarks. The actress in a conversation with India Forums said. “Our only motive was to motivate other people to help the ones in need. I have no words for people who are considering this as a publicity stunt. Paras and I need no publicity after coming out of Bigg Boss house.”

Now, Paras Chhabra also has reacted to the comments by Jay Bhanushali and Mahhi Vij. Recently, In a chat with PINKVILLA, Paras Chhabra opens up on the same. He said, “Bigg Boss is a platform that brings in a lot of popularity and Bigg Boss 13 was one of the highest-rated seasons so far so every single contestant is popular right now. So whatever people are talking about that we are doing this to show off but that is not true. We go out to buy essentials ourselves and we see how there are people, the daily wage earners who are asking for essentials like aata among other things. We are celebrities and we share photos of brands, etc so that people are buying it. And so, if we can do that, what is wrong with helping out people who are needier and promote that on social media? I simply thought if I can help and contribute to making things easier for them, then why not?”

“Also, they don’t even have masks or sanitizers, so I just did my bit and gave them the essentials and did what was in my capacity. So that was for people who belong to well to do families and of course WHO has laid out guidelines to step out and we must follow those while doing it. Now if someone is interpreting it in another sense and calling it show off, then that does not bother me. It is simply about helping someone and positivity, we are all sitting at home anyway, so why not.”

Paras further added, “It simply depicts one’s thinking. People are telling me that they haven’t named anyone, and well, I haven’t taken anyone’s name either. It is just that fans are smart enough to know who is it aimed at and when I visited their post as well, they wrote things like ‘so called actor’ and well, I can understand things too since it has come a day after our post so it was pretty clear.” 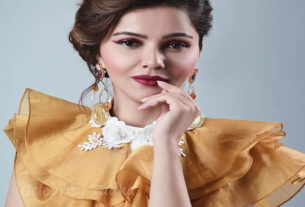 Rubina Dilaik looks Stunning in her latest photoshoot; Fans could not take their eyes off of her Beauty 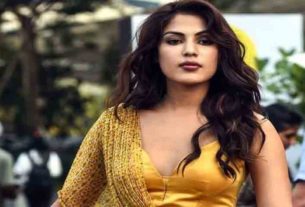 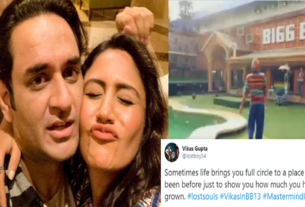