Star Plus show Yeh Rishta Kya Kehlata Hai is doing well on the TRP charts. The show stars Harshad Chopda and Pranali Rathod in lead. The current track of the show revolves around Abhimanyu meeting Akshara at her dance and music academy as he asks her to return Birla house until Manjari’s health gets better. Akshara tells Abhimanyu that she does not want to force herself on him and will come to give music therapy sessions to Manjari.

Abhi tells her that Manjari will doubt if she will daily come and go. He says he cannot afford to let Manjari worried about their relationship and assures that he will tell the truth of divorce to her when she will recover. Abhi asks Akshara to come for Manjari’s sake while Akshara is in dilemma to go Birla house or not.

After a while, Abhimanyu and Neil sits in Manjari’s room while Manjari asks them where is Akshara. Abhi makes an excuses and leaves from there thinking if Akshara will come or not. At Goenka house, Akshara tells Suhasini about Abhimanyu’s request of returning Birla house until Manjari’s recovers. Mimi tells Akshu to go Birla house as Manjari’s health is important and also tells her that Manish will not like her decision but she needs to focus on what is important to her.

Just then, Manish comes there but Mimi lies to him saying Akshara wants to go to get some music lessons. Manish asks Akshu to go, other hand, Mahima irked with Abhimanyu deciding to bring Akshara back for Manjari. Mahima decides to tell the truth to Manjari whatever happened after she went into coma.

Meanwhile, Akshu reaches Birla house and hurts her leg but Abhi come there and takes her on his arms to enter Birla house. Akshara then meets Manjari and gifts her a teddy bear. Abhi comes there and they both pretends that everything is fine between them in front of Manjari.

Meanwhile, Mahima adamant to tell Manjari everything but Harshvardhan stops her. At the same time, Manjari tells Akshara and Abhimanyu that they will perform the Dusshera puja together.

In the upcoming episode we will see Akshara Abhimanyu getting ready for Dusshera celebration. Other hand, Neil expresses his happiness to Aarohi at Manjari’s return to the house. Aarohi also tells Neil that Goenka’s house is very quiet as Akshara gone to Jaipur. Neil realizes that Akshara has lied to family members about her return to Birla house. Aarohi sees Akshara on video call and get shocked. 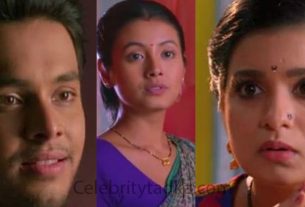 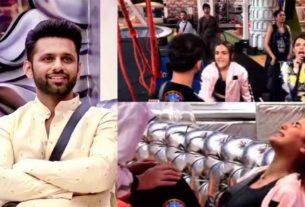 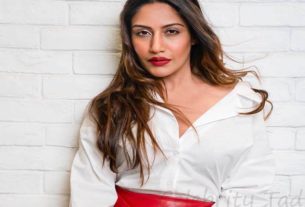