Yeh Rishta Kya Kehlata Hai is one of the most loved and successful show on television right now. The TRP of the show is increasing with each passing week. The show stars Harshad Chopda and Pranali Rathod in lead. YRKKH recently witnessed a new entry named Anisha (Kashish Rai) and her presence has started affeting Abhimanyu-Akshara’s relationship, not only this Kairav is also tensed seeing Anisha.

The latest episode saw grand Basant Panchami celebration where Kairav, Vansh, Aarohi, and Akshara arrives and Niel, Abhimanyu also attends the same function. Amid function Akshara begins to miss Abhimanyu and she suddenly sees him on swing. Akshara comes there and tells him that she was missing him a lot and is glad he is here. She asks him if something is troubling him and tells him that everything will be fine. They then spend some quality time together.

Meanwhile, Abhimanyu sees Kairav and rushes to meet him leaving Akshara at the swing. Akshu worries about Abhimanyu’s change in behaviour and thinks why he’s not sharing his problems with her. Other side, Aarohi sees Anisha at function and clicks a photograph of her. She shows the pic to Akshara. Akshara tells her that Abhimanyu saw Anisha during a video call with her and got worried.

Further, Kairav meets Anisha before Abhimanyu. The two argues and Anisha accidentally falls on ground, Kairav tries to pick her up but she feels insulted and runs from there. Kairav follows her and Neil and Abhimanyu too run behind them. Akshara sees all this and is wondering what is happening. Anisha goes towards a pond and jumps.

In the upcoming episodes we will see Abhimanyu jumping in the pond to save Anisha. Akshara worries and tells Aarohi that she is scared of something comes between her and Abhimanyu then what will she do. Akshu then sees Abhimanyu with Anisha.

Will Anisha create trouble for Abhimanyu-Akshara? 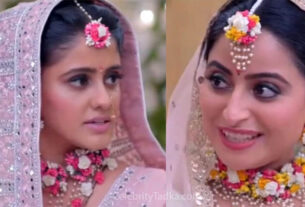 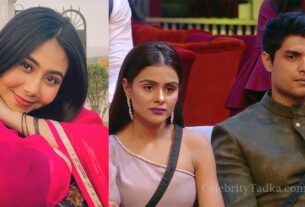 Bigg Boss 16: Udaariyaan’s Chetna Singh reacts to Priyanka Choudhary-Ankit Gupta’s bond, “They both are being extremely real and are not faking anything” 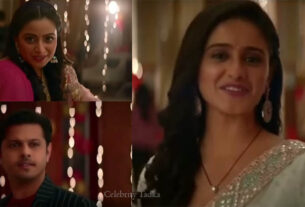