Star Plus show Yeh Rishta Kya Kehlata Hai has been keeping the viewers hooked with lot of drama. The show stars Harshad Chopda-Pranali Rathod in lead. The current track of the show revolves around Aarohi accusing Abhimanyu of slapping her and Neil gets furious at Abhi as he asks him to apologize. Abhimanyu apologizes to Aarohi for mistakenly touching her cheeks but refuses to apologize for her accusations that he slapped her. Police arrives at Birla house and tells that someone has lodged a complaint against Abhimanyu for domestic violence against Aarohi.

Family gets shocked and asks about the person who lodged the complaint. Police tells they don’t know the name while Aarohi recalls how she messaged her friend to file complaint against Abhi. As police says they have to arrest Abhi, Anand tells them that it’s their family matter. Police tells that the complaint is official so Abhi have to go to police station.

ALSO READ: Yeh Rishta Kya Kehlata Hai: Akshara threatens Aarohi to take her accusation back that she put on Abhimanyu or else she won’t spare her

Akshara’s eyes fills with tears seeing police taking Abhimanyu. Abhi tells cops that he has not done anything and the accusations are false and he his statement will not change. Meanwhile, Akshara takes Aarohi aside furiously and threatens her to take the accusation back or else she will won’t spare her if Abhi gets arrested. Seeing Akshara’s anger, Aarohi stops cops and takes back the complaint saying that there has been some misunderstanding.

Afterwards, Aarohi apologizes to family for causing the problem and tells them to let go of the matter. Howeverm Neil still angry with Abhi as he didn’t ready to accept his mistake and apologize to Aarohi. Abhi leaves to his room and vents out his anger on bean bag while Akshara comes and calm him down saying she knows he can never slap any woman. Abhi tells Akshu that he is hurt because Neil is doubting his intentions, who knows him since childhood.

Other hand, Manjari cries as her both son’s has turned against each other. Mahima suggest Manjari to keep one son away from Birla house to stop these gfight but Manjari denies it saying her both son will stay in the same house.

Meanwhile, Akshara checks Aarohi’s phone and learns the truth that she filed complaint against Abhi with the help of her friend. Aarohi comes and calls out Akshu for touching her phone, while Akshara warns her asking to not create differences in Neil-Abhimanyu’s relationship. However, Aarohi thinks of finding out the truth that Abhi is hiding to create trouble in their life.

In the forthcoming episode we will see Abhimanyu looking for his phone in his cabin and sees it in Aarohi’s hand. He gets shocked and asks Aarohi to return his phone but she smirks and tell she knows about Akshara’s pregnancy complications. Aarohi taunts Abhi that he has not told his wife that her chances of becoming pregnant are impossible. Abhimanyu looks at Aarohi angrily and tells her to stay in her line else she will commit a foul. However, Aarohi threatens saying she will tell the truth to Akshara today. Aarohi walks towards Akshara to tell her the truth while Abhi gets scared. 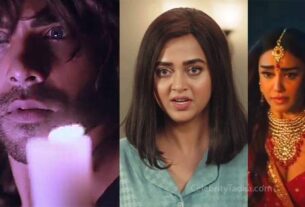 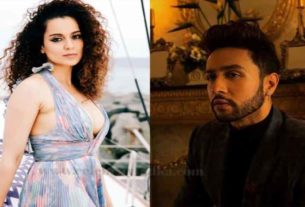 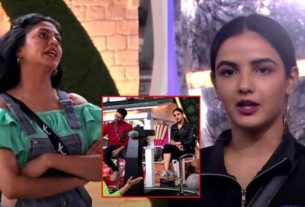