So far, we saw Jasmine, whose biggest dream was to go to Canada, breaks her marriage with Fateh after learning that his job in Canada has been cancelled. Both Virk and Sandhu family decided to get Fateh and Tejo married for the sake of family’s honor & reputation in the society. Both Fateh and Tejo are happily married.

While Fateh was trying to move on in his life, on the other hand Jasmine plans to get him back in her life. From burning her passport to confessing her love to Fateh, Jasmin did everything to prove her love for Fateh. In the ongoing track, Fateh too confessed his feelings to Jasmine. They both seen hugging each other. Later, Jasmine stopped her engagement with Gippy as she cuts her finger and faints to make Fateh realize her love.

However, the ongoing track of Udaariyaan has left viewers Angry and disappointed. Netizens anger against the makers has increased to an extent that they are appealing to boycott the show. Many fans took their Twitter handle and criticizing makers for promoting Extramarital affair & showing ‘Jeeja-Saali’ Romance. They even slammed makers for bad storyline and calls the show cringe.

A fan tweeted, “The show is promoting extramarital affair! If this is the twist that sargun & writers had planned then i am sorry to say its disgusting. Also i really wanna y was this jiju-saali romance wala episode was being promoted so much? I can’t watch this crap anymore. #udaariyaan.”

Another user wrote, “It’s not about happy ending or sad ending. It’s not even about the pairs. You are showing crap, and immoral relationships in the name of twists and turns. SO SO sick. Be prepared for the downfall of the show. @sargun_mehta@_ravidubey#Udaariyaan.”

Must have a look at fans reactions:

The show is promoting Extramarital Affair!
If this is the Twist that SARGUN & WRITERS had planned then I am sorry to say ITS DISGUSTING.

Also I REALLY WANNA Y WAS THIS JIJU-SAALI ROMANCE WALA EPISODE WAS BEING PROMOTED SO MUCH?🤢

It's not about happy ending or sad ending. It's not even about the pairs. You are showing crap, and immoral relationships in the name of twists and turns. SO SO sick. Be prepared for the downfall of the show. 🙏🏻 @sargun_mehta @_ravidubey #Udaariyaan

I feel so disappointed with current #Udaariyaan track !

I wish they had introduced #Fateh in a different shade to push this track later on !

Now all past appear fake!
Not sure if I want #Fateh anymore for my #Tejo@sargun_mehta @_ravidubey @ColorsTV

Ravi and Sargun have really disappointed me. I didn't think this show was going to be some unique masterpiece but I didn't expect immoral garbage. This show is simultaneously disrespecting the bond of marriage AND sisterhood. Shameful. @_ravidubey @sargun_mehta #Udaariyaan

After today's fucking eposode i can officially say #FaTejo has ended for me and so called #Udaariyaan naam ka show too
I request everyone stop watching udaariyaan if u want to live in peace..they don't deserve the trp for the vulgar content of extra marital affair they r showing

#Udaariyaan has now officially ended for me. Will not gonna watch such crap brother in law and sister in law romance. There are many better shows than this. #RipUdaariyaan

A boy, whose lover leaves him on the Mandap, insults his love, humiliates each family, marry his lover's sister, who helps him to get back on track but unfortunately he can't love his wife but still spends a night with her but confesses to his ex next day. Wow claps. #Udaariyaan

Only boycott can prove ur point otherwise ur frustration doesn't matter to them.
The prob isn't endgame but turning Fa into a characterless jerk who isn't loyal to either n giving hopes to them both, he wasn't even a grey character for any of this to even make sense.#Udaariyaan https://t.co/vKnMcf6ewl 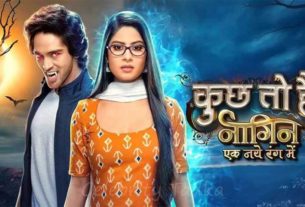 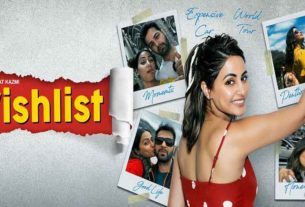 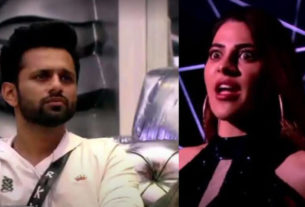