Popular TV show Udaariyaan has been making lot of headlines with it’s interesting storyline & cast. The show is keeping the viewers hooked to their TV screen with its amazing twists and turns. Udaariyaan stars Ankit Gupta, Priyanka Chaudhary and Isha Malviya in lead, who’s playing the role of Fateh, Tejo and Jasmine respectively.

The show is produced by popular ITV actors-couple Ravi Dubey and Sargun Mehta under their production banner Dreamiyata Entertainment Pvt. Ltd. & Devirosh Films. Colors’ Udaariyaan is finally making a strong foot forward in the race of TRPs. The show recently secured a 1.9 TRP. The show didn’t only become a slot leader but also left behind other popular shows on the channel.

In the ongoing track of the show, Tejo is seen helping Fateh to move-on in his life. On the other hand, Jasmine is getting disturbed with the increasing closeness between Fateh & Tejo. She regrets ditching her wedding with Fateh and wants him back in her life. In the latest promo of the show we saw how Jasmine vows to not let Fateh move-on in life. Well, the upcoming track is going to be more interesting with lot of drama and entertainment.

Meanwhile, the high voltage drama in the show has worked in it’s favor and the show has attained decent ratings. Talking about the same, actor Ankit Gupta told India Forums, “The amount of hardwork, blood and sweat that we’ve put in lately for the sequences, we were hoping for a good response from the fans and luckily we were able to receive appreciation on the same by audiences in the form of decent TRPs.”

The show took a little while to pick up pace in terms of ratings, when asked if it ever affected him, Ankit said, “As an actor, I don’t get bogged down by the number game. I’m here to act and I give my all to ace the scenes, rest is all up to the viewers. It does feel great to have good TRPs though.” 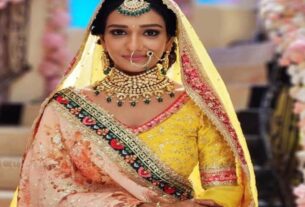 Bhagya Lakshmi actress Aishwarya Khare shares experience of shooting for the show; “It’s a great story and Lakshmi and I have a lot of similarities” 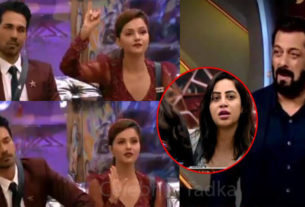 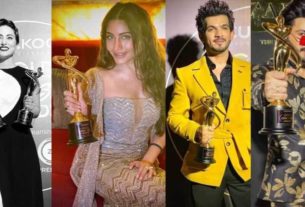