Tiger Shroff and Kriti Sanon debut film Heropanti, is one of the most loved film. The film released back in 2014 on 23 May and with it, Tiger and Kriti marked their foot in Bollywood films. Directed by Sabbir Khan and produced by Sajid Nadiadwala, the film received great response from the viewers on its release and with it, Tiger and Kriti were introduced to fans. The film has now completed 6 years in Bollywood.

Celebrating the 6 years of Heropanti, Tiger Shroff and Kriti wrote a heartfelt message and thanked the entire team for being part of the film. Taking to their social media handle, both expressed their feeling by sharing the couple of pictures and poster of their first film. Tiger shared some pictures with Kriti, Sajid Nadiadwala and Heropanti‘s director on his Instagram handle. Sharing the picture Tiger wrote, “Feels like just yesterday, happy 6 years. thank you for making me a small part of your journey and blessed to have started it with you all.”

Take a Look at the post shared by Tiger Shroff:

Sharing the poster of the film, Kriti wrote, “#6YearsOfHeropanti
This was my first ever bollywood poster that released.. and the feeling was surreal! I woke up earlier than usual, jumped out of bed & ran out to see the front page of the newspaper!! From that day till now— I’m living my dream! Forever Grateful to @nadiadwalagrandson #SajidSir @wardakhannadiadwala & @sabbir24x7 sir for getting me into this magical world of movies.. For giving me the best launch ever.. and @tigerjackieshroff I’m so glad i started my journey with you.. Happy 6year anniversary Tigy! I absolutely LOVE what i do.. and i just cant wait to be back on a filmset in front of the camera doing what excites me the most- Acting, performing and just BEING! #6YearsOfKritiSanon.”

Also Read: Bollywood Actor Kiran Kumar Tests Positive For COVID-19; Says, ‘It Has Been Ten Days And I Haven’t Developed Any Symptoms’ 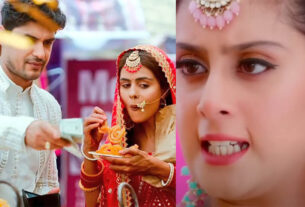 Udaariyaan: Jasmine’s involvement in Tejo’s accident to get Exposed? 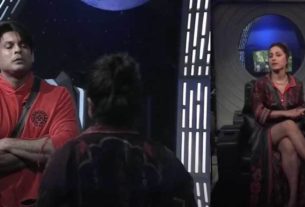 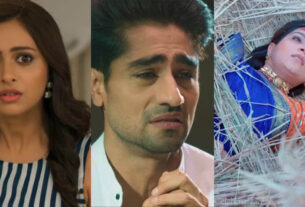 Yeh Rishta Kya Kehlata Hai: Aarohi is the reason behind Manjari’s accident; Will Abhimanyu able to save Manjari?