Producer Ekta Kapoor’s supernatural thriller Naagin 6 aired on February 12 and since then, it has been making lot of buzz on social media.The show stars Tejasswi Prakash, Mahekk Chahal and Simba Nagpal in pivotal roles. Just a day after Bigg Boss 15 ended, Tejasswi Prakash had begin the shooting for Naagin 6 and is grabbing lot of attention with her portrayal of Pratha in the show.

Speaking about the immense popularity of Naagin 6, Tejasswi in a interaction with IANS said, “I think it is very different I think it has got a good balance of proper daily soap but with whole supernatural powers. I think it is pleasing to the eyes. I think very beautiful girls have done it and I think it is just very interesting with all the twists and turns.”

The Swaragini actress further spoke about the supernatural genre being liked universally. Tejasswi quoted saying, “Because it is different. People always want to watch these larger than life things and just how amazing it would be if it was real. Just the thought of that intrigues us. That is not just about Naagin but any supernatural show.”

She added, “As a kid I would keep watching Harry Potter and wonder if this was real. So, just the fact that you don’t see it in your real life but always kind of hope it was real makes it interesting.”

Naagin’s first season was aired in 2015 which was a big hit. It starred Mouni Roy, Arjun Bijlani, Adaa Khan. Speaking about what kind of pressures she feels headlining a show like Naagin 6? Tejasswi said, “So, of course, it makes me nervous because I am in the sixth season and there have been such brilliant seasons of Naagin. But whatever is in my hand is just the fact that I have to work hard and give my hundred per cent.”

Teja further said, “The result you really cannot control what you can control is how much hard work you can put in it and that is what I can focus on and I hope it is loved and accepted by the people. About me, I will just work hard whatever I am given to do.” 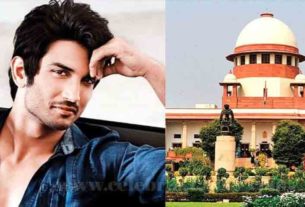 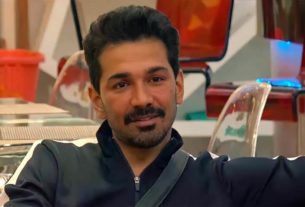 Bigg Boss 14: Abhinav Shukla is the second finalist of this season after Eijaz Khan 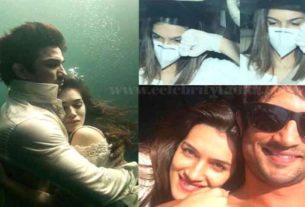 RIP Sushant Singh Rajput: Kriti Sanon wrote an Emotional Message; Says, “I wish You hadn’t pushed the ones who loved you Away, I wish i could have fixed that something which was broken inside You”