Surbhi Jyoti and Karan Singh Grover is all set to enthrall fans once again with their sizzling chemistry in Zee5‘s upcoming series ‘Qubool Hai 2.0‘. The show marks the return of two of the most loved characters Asad Ahmed Khan and Zoya Farooqui from TV show Qubool Hai.

The series is a sequel of the TV show of the same name. The filming of the series has been done in Serbia. While fans are already super excited to see the two onscreen once again, Surbhi Jyoti has now shared the first look poster of the romantic drama ‘Qubool Hai 2.0‘ adding more to fans excitement.

Sharing the poster, Surbhi wrote, “Asad and Zoya are coming back to kick off the new year with more Romance, more Drama, more Action.” In the poster, Surbhi Jyoti is in the traditional look with her jhumkas. It is a poster with a silhouette.

The series is produced by Mrinal Abhigyan Jha under the banner MAJ Productions. Directed by Ankush Mohla and Glen Barretto, it will also star Arif Zakaria, Lillete Dubey and Mandira Bedi. The release date of the series is yet to be announced. 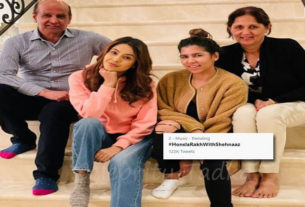 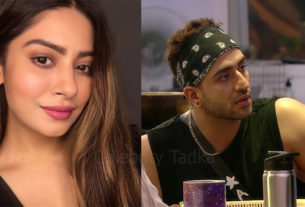 Bigg Boss 14: Aly Goni’s co-star Krishna Mukherjee praises his game; Says, “I feel he has the chance to win the show” 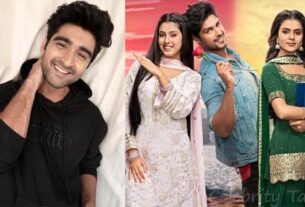