Imlie pair Fahmaan Khan and Sumbul Touqeer recently bid adieu to the Gul Khan’s show. The duo won many hearts with their portrayal of Aryan-Imlie in the show. They both enjoys immense popularity on social media and fans loves their onscreen chemistry in the show. Fans are sad with Fahmaan-Sumbul’s exit from the show and they’re missing watching them onscreen.

Today, fans are trending “SUMBUL AS IMLIE FOREVER” on twitter showering love on the actress praising her for her role of Imlie. Fans says that no one can replace Sumbul as Imlie. Applauding Sumbul, a fan tweeted, “Imlie means to her, not just a character that she does and returns to a house, no, it became her life, she lived every minute of personal feelings, gave everything to her, and she will remain immortal in our hearts and minds No one will do like you Sumbul SUMBUL AS IMLIE FOREVER.”

Imlie means to her,not just a character that she does and returns to a house, no, it became her life, she lived every minute of personal feelings, gave everything to her, and she will remain immortal in our hearts and minds No one will do like you Sumbul

#SumbulTouqeerKhan She is currently the youngest actress on television, but what she performed in terms of awesome and wonderful acting has already outperformed all the of her generation and even an earlier generation This girl will do a lot it's fire

After years I adored an actress on itv.. And that's you @TouqeerSumbul
U proved that beauty lies in the eye of the beholder…
U r beautiful, u r charming, u r charismatic, u r the best at ur craft..
Shine on girl!!!

From your very first scene to very last.. we smoked with you and we’ve cried with you. It’s difficult to connect audience with acting these days. But you my little talent ka bomb & @fahmaankhan CHEETI 😜 we’ve cried & smile with imlie

Since i am busy for the day
But for dis baby💟

She is the kind that can make people fall in love with her words,nature,dance, acting,talent,mindset,goofiness gestures,eyes,smile & heart

ALSO READ: Imlie season 1 wraps up, Fahmaan Khan-Sumbul Touqeer writes heartfelt note as they bid adieu to the show, Fans gets emotional, “We miss you” 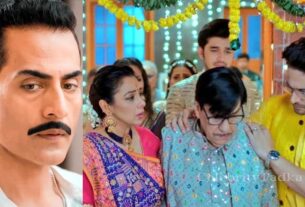 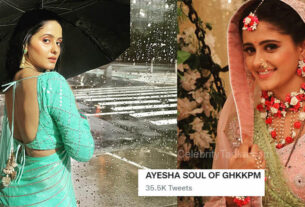 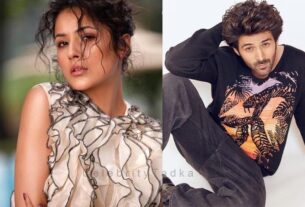 1 thought on “Sumbul Touqeer Khan fans trends “SUMBUL AS IMLIE FOREVER” showing their love to the actress, says ‘No one can replace her’”