Star Plus popular show Shaurya Aur Anokhi Ki Kahani is one of the most loved show on television right now. The show stars Karanvir Sharma and Debattama Saha in lead. Fans are loving the on-screen chemistry between Karanvir and Debattama Aka Shaurya and Anokhi.

Currently, the COVID-19 situation is worsening in the entire country. The cases are increasing rapidly, and many working sectors have been affected by this second wave. The entertainment industry is also got affected due to rise in cases. The shoots has been put on hold in Mumbai after which many shows shifted base to different locations.

As per TellyChakkar reports, many shows are getting a warning from the channels, whereas others might be going off air. Reportedly, Star Plus show Shaurya Aur Anokhi Ki Kahani likely to go off-air in June owing to low TRP ratings, though there is no official confirmation about the same.

It has been only quite a few months since the serial went on air, and it seems like the channel has given an ultimatum to it. SAAKK is produced under DJ’s a Creative Unit which aired on 21 December 2020. The series is a remake of Star Jalsha’s Bengali series Mohor.

ALSO READ: Shaurya Aur Anokhi Ki Kahani: Karanvir Sharma Opens up on the atmosphere on sets amid COVID-19 scare; “I think it is really tiring, more than the performance” 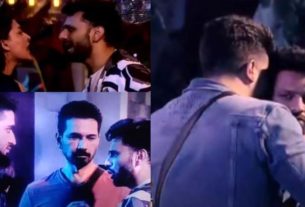 Bigg Boss 14: Aly Goni and Rahul Vaidya teams up against Pavitra Punia to make her out from the captaincy race 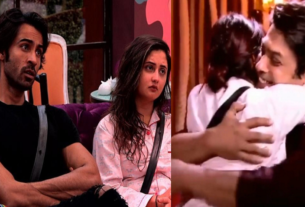 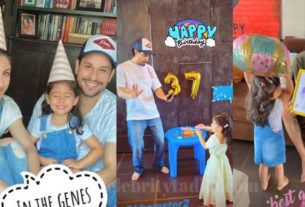