Bigg Boss 13 winner Sidharth Shukla is currently busy in the shoot of Ekta Kapoor‘s AltBalaji‘s much awaited web series Broken But Beautiful 3. The handsome hunk will be seen opposite Sonia Rathee. Fans are already super excited to see Sidharth and Sonia romancing together on screen.

Meanwhile, a video of Sidharth Shukla with Broken But Beautiful 3 team members celebrating co-actor’s birthday on the sets has been doing rounds on social media. Sidharth can be seen wearing a black t-shirt in the video. The actor seen enjoying, and singing birthday song along with entire cast and crew. As the actor is not much active on social media nowadays, his fans got happy seeing his little glimpse in the video. Sidharth‘s fans shared the video on their social media pages.

Another video of Sidharth celebrating a cast member birthday on sets. #SidharthShukla pic.twitter.com/7le8ZBTWeG

Speaking of web series, Sidharth Shukla will be seen essaying the role of a theatre director Agastya Rao, who is nursing a broken heart, will eventually fall in love with Rumi (Sonia Rathee). The release date of the web series is yet to be announced by makers. The filming of the romantic drama is currently in progress.

Apart from web series, Sidharth will soon be seen in the music video opposite Shehnaaz Gill. This will be Sidharth–Shehnaaz‘s third collaboration after Shona Shona and Bhula Dunga. The duo has already completed the shoot of the song in Goa. 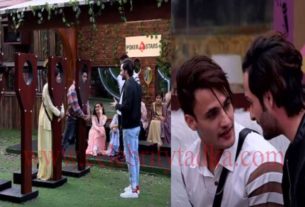 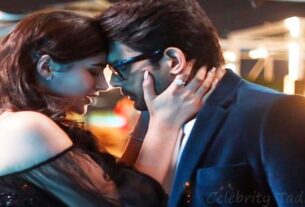 Broken But Beautiful 3: Sonia Rathee opens up on her kissing scenes with Sidharth Shukla; Also shares her working experience with him 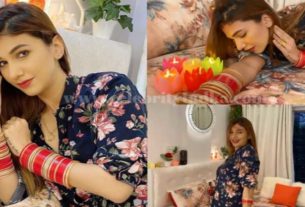