Bigg Boss 13 winner Sidharth Shukla looks handsome in his latest Instagram picture wearing football jersey. Sidharth Shukla is one of the most popular and loved contestant of controversial reality show Bigg Boss 13. The actor has grabbed lots of headlines for his logical opinions and strong personality.

Sidharth enjoys massive fan following on social media after his stint in the reality show. Sidharth‘s fans loves him and admires him a lot. It’s been almost three months Bigg Boss 13 has over, but the handsome hunk is still ruling the hearts of million of fans. The actor has the craziest fan following, and almost every week he seem to be trending on Twitter for whatever reasons. This all goes to his die-hard fans, known as Sidhearts.

As we all know, Sidharth is less social media enthusiastic, and not much active on social sites. But after his stint in the reality show, Sidharth earned a massive fan base, which always keep their eyes on actor. Fans are always keen to have glimpse of actor’s personal as well as professional life such as what will be his next project, what he’s doing currently amid lockdown and much more. So, to keep his fans happy, Sidharth also trying his best to interact with them. The actor seen doing chat sessions, sharing pictures and videos with fans to keep them engaged. He often shares motivational thoughts and advises with his fans.

Just while ago, Sidharth shared a dashing picture of himself in football jersey leaving his fans amazed and happy. The actor looks handsome in this intense look as he poses for the camera. Sharing the picture, Sidharth captioned, “With no football in sight … that’s the best I could do with my jersey.”

Take a Look at the picture shared by Sidharth Shukla:

Sidharth also shared a motivational advice with his fans on his Twitter handle. He wrote, “Don’t fear failure … fear succeeding in things that don’t matter !.” 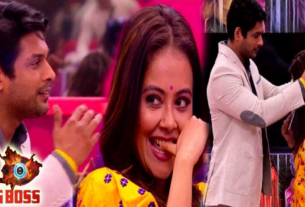 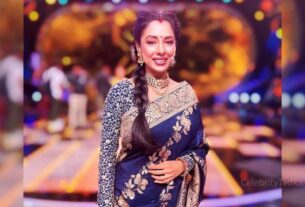 Rupali Ganguly reacts to her show ‘Anupamaa’ completing 2 years; “It is very special, I hope the show goes on for years, even if I’m not there” 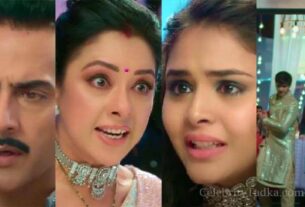 Huge Drama! Anupamaa SLAPS Pakhi and throws her and Adhik out of Kapadia house