Popular ITV actor Sidharth Shukla is one of the most popular face of Indian TV Industry. The actor enjoys immense popularity after his amazing stint in the controversial show Bigg Boss 13. He has a huge fan base on social media called SidHearts. Sidharth‘s fans always keep an eye on actor’s every activity and always try to get just one glimpse of him.

As we are talking about Sidharth‘s popularity, there’s a bad news for all his fans, as per reports the actor has injured his leg recently. A source informed SpotboyE.com, “Sidharth who is a regular with his gymming and running has sprained his ankle a few days back. He has had a lot of pain and in fact is hardly able to move. He is room ridden which is difficult for Sidharth who is so used to his day to day activities, meetings, work outs, etc.”

On work front, Sidharth has recently made his digital debut with Ekta Kapoor‘s popular web series Broken But Beautiful Season 3. The handsome hunk is receiving lot of love for his portrayal of Agastya Rao in the web show. He was seen opposite Sonia Rathee, who played the role of Rumi. Broken But Beautiful 3 is one of highest-rated series of this year on IMDb with 9.3 ratings.

Apart from Sid, the web show also stars Ehan Bhatt, Manvir Singh, Jahnavi Dhanrajgir, Bishakha Thapa, Taniya Kalrra, Saloni Khanna Patel, Tanvi Shinde among others. The web series is produced by Sarita A Tanwar and Niraj Kothari of 11:11 Productions and directed by Priyanka Ghose. It is currently streaming on ALTBalaji and MX Player.

We wish him a speedy recovery! 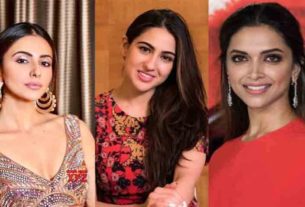 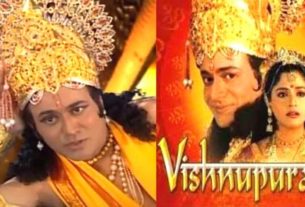 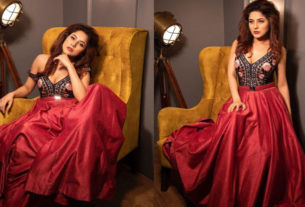