Bigg Boss 13 fame Shehnaaz Gill is currently in Canada for shooting of her upcoming Punjabi film Honsla Rakh. The actress has began the shoot and keep sharing glimpse of herself from sets of the film. Today morning, Shehnaaz dropped a fun-loving video of herself interacting with crew members of film.

The video sees Shehnaaz getting into some fun banter with team members amid shoot. The actress seen laughing crazily in first two video clips, later she was seen talking in Punjabi language as she says, ‘mainu aari neend’. In the video, Shehnaaz seen wearing black jacket as she hides the costume of the film. Sana captioned the one video clip as, ‘Masti Tym‘.

Actor Diljit Dosanjh also turned producer for this film. Not only this, Daljit Thind and Pawan Gill have also come on board as producers. It is the very first production of Diljit‘s production house Story Time Productions. It is directed by Amarjit Singh Saron and written by Rakesh Dhawan. The director of photography (DOP) is Baljit Singh Deo. The cast and crew are in Vancouver, Canada to shoot the film. This is Shehnaaz Gill‘s first ever project with Diljit Dosanjh and fans are already super excited to see her on big screen.

ALSO READ: Shehnaaz Gill grooves to her latest track ‘FLY’; Shares video clip as she gets ready for the shoot of her upcoming film Honsla Rakh 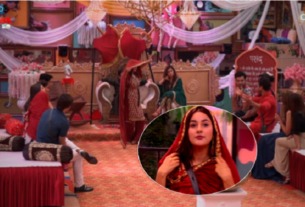 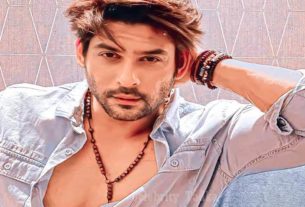 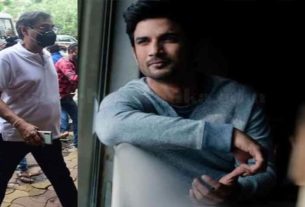