Bigg Boss 13 fame Shehnaaz Gill is currently busy in shooting of her upcoming film Honsla Rakh in Canada. The singer-actress have been constantly sharing pictures and videos from Canada and keeping her fans updated about her activities.

Amid shoot, Shehnaaz shared a beautiful picture of herself holding a little baby on her snapchat story. Sharing the picture, she wrote ‘Honsla Rakh‘ on it.

Have a look at Shehnaaz’s snapchat story snap:

Not only this, Shehnaaz also shared a lovely picture of herself on her Instagram handle as she enjoys morning tea. The actress looked stunning wearing a black checked jumpsuit & messy tied hairs. She dropped a red heart emoji on the posts’ caption.

Speaking of the film Honsla Rakh, Sana will be seen opposite Bollywood & Punjabi singer-actor Diljit Dosanjh. Diljit has also turned producer with the self-starring film. It is the very first production of Diljit‘s production house Story Time Productions.

Apart from Shehnaaz & Diljit, the film also stars Punjabi actress Sonam Bajwa & Shinda Grewal in lead. Daljit Thind and Pawan Gill have also come on board as producers. It is directed by Amarjit Singh Saron and written by Rakesh Dhawan. The director of photography (DOP) is Baljit Singh Deo. The cast and crew are in Vancouver, Canada to shoot the film. It is scheduled for Dussehra release on October 15, 2021. 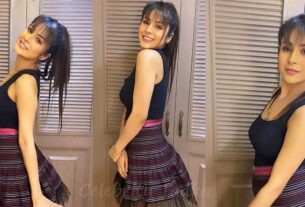 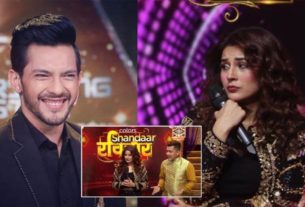 Shehnaaz Gill’s Fun Banter with Aditya Narayan, The Actress gives a Stunning Reply to his Proposal 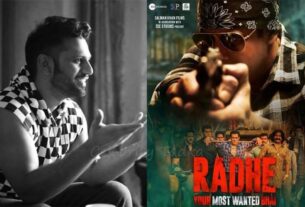