Singer-actress Shehnaaz Gill never misses a chance to impress her fans and followers with her amazing fashion sense and stylish looks. The actress enjoys immense popularity on social media after her amazing stint in the controversial reality show Bigg Boss 13. From her professional work to her personal life and social media posts, the actress is always in news. Her amazing transformation after reality show have already been talk of the town.

Shehnaaz keeps sharing stunning pictures and videos on her social media to keep her fans entertained. Just while ago, she has dropped some beautiful pictures of herself from her recent photoshoot. In the photos, she can be seen wearing a bright red colour blazer with a black top inside it. But what caught everyone’s attention was her stunning makeup which was the highlight of this picture that absolutely matched her red blazer. For makeup she choose light red shimmery eye makeup with popping red lipstick. This makeup was done by Shehnaaz herself.

ALSO READ: Casting Director Shadman Khan: “I would love to cast Sidharth Shukla and Shehnaaz Gill if Kumkum Bhagya plans on a sequel or reboot” 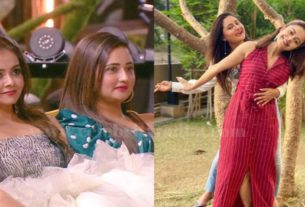 Devoleena Bhattacharjee On her Bond with BFF Rashami Desai; Says She is Emotional, Not Fake 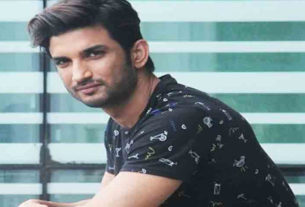 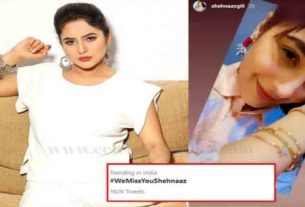 Shehnaaz Gill fans Trends #WeMissYouShehnaaz on Twitter asking her to gave her glimpse; The actress has a Lovely reply to their Demand