Few days back, Shaurya Aur Anokhi Ki Kahani fans showered popular India singer Asees Kaur with comments, requesting her to do a music video with Debattama Saha and Karanvir Sharma. During the live session, Asees mentioned she will love to do it one with them.

The actress further spoke about doing a video on the song from their show SAAKK. She revealed, “The thing with a music video is I am about to make a cover song of Jo Tera Howega and Karanvir and I have decided that we will shoot properly. Unless we don’t get proper cinematographers and everything, we are trying to deal with a lot of people together, it is not that easy to do a music video. I am trying to do a beautiful song cover, with the entire song being sung by me and I asked Karan to be there, so that’s what we are planning.”

Karanvir Sharma – Debattama Saha starrer Star Plus show Shaurya Aur Anokhi Ki Kahani has recently went off-air. The show was produced by DJ’s Creative Unit and received great response from viewers. Fans loved the on screen chemistry between Karanvir and Debattama. The show has finally gone off air but the trend of getting the show back with new season has constantly been going on every social media platform. Speaking about 2nd season, the actress said, “About the second season, I don’t know, but never say never, who knows one day! I would love to be Anokhi again.” 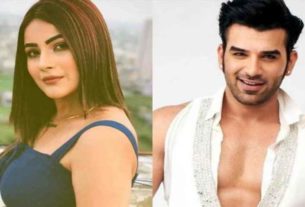 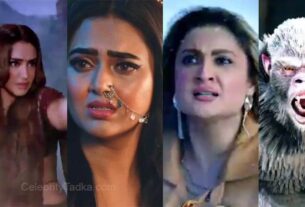 Naagin 6: Shesh Naagin kills her all enemies, Will Pratha able to find her daughter as Mahek dies without telling her the truth? 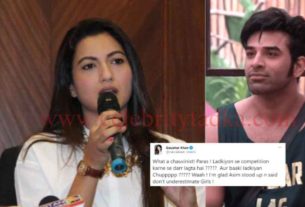