Ayesha Singh-Neil Bhatt starrer Ghum Hai Kisikey Pyaar Meiin has been keeping the viewers hooked with it’s interesting twists and massive drama. The current track of the show revolves around Pakhi who puts condition in front of Sai that she will return to Chavan house only if she will stay away from her and Virat will take care of her. Sai agrees to Pakhi’s conditions as she’s pregnant with her child and they return home and informs family about the same.

At night, Virat tells Sai that he is not angry with her anymore as she brought Pakhi back home by agreeing to all her conditions. Sai tells him that what Pakhi is doing is called Blackmailing. However, Virat defends Pakhi and thinks she just needs peace that’s why she went to Mahabaleshwar.

Meanwhile, Pakhi leaving no chance to stay close to Virat and calls him mid-night to come to her room. When he reaches her room, Pakhi excuses about having mood swings amidst pregnancy and asks him to take her out for ice-cream.

Virat takes her out for ice-cream while Sonali and Karishma mocks Sai asking if she’s feeling bad seeing Pakhi and Virat together. However, Sai says she doesn’t care as Virat is just taking care of her child. Sai just then feels dizzy and Sonali-Karishma gets scared and asks if she’s fine.

ALSO READ: Sai compels pregnant Pakhi to sign contract that she’ll give the child to her post delivery; Pakhi refuses & puts a condition

Other had, Pakhi tells Virat to bring her regularly for ice cream while Virat tells her to consider him as her friend. When Virat returns home, he gives Sai her favourite ice-cream and she gets excited. As Sai takes ice-cream she feels nauseated and Virat wonders what is wrong with her.

Next morning, Pakhi sneezes and cough and Karishma tells Bhavani that this happen because she ate ice-scream mid-night with Virat. Sai comes down and decides to make Kadha for Pakhi saying it is not good for her to sneeze and cough as she’s pregnant.

When Sai comes to the kitchen and makes Kadha, she again feels like vomit with the smell of tea and rushes out to her room. Virat and family stands shocked seeing Sai rushing to her room. Sonali, Ashwini and Virat tells family about Sai’s condition that she was feeling dizzy last night also. On noticing all the symptoms, Bhavani comes to the conclusion that Sai might be pregnant which shocks everyone. Is Sai really pregnant or suffering from some lethal disease? 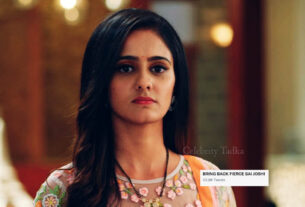 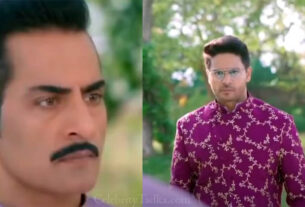 Anupamaa: Anuj to push Vanraj off the CLIFF? 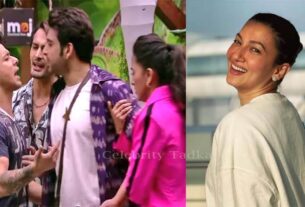