Star Plus show Anupamaa has been keeping the viewers hooked with it’s interesting twists and turns. The show stars Rupali Ganguly, Gaurav Khanna and Sudhanshu Pandey in lead. The current track of the show revolves around Anuj and Vanraj meeting an deadly accident and they are admitted in the hospital in critical condition. Meanwhile, actor Sagar Parekh replaced Paras Kalnawat as Samar in the show.

In an interaction with Tellychakkar, Sagar Parekh opened up on his first day of shooting Anupamaa along with Rupali Ganguly. He said, “It has been almost seven years in the industry and my mom saw me acting for the first time live and it was the first day for Anupamaa too. It was my intro scene and I was really nervous, the first time Rupali ma’am came to me and hugged me out of nowhere and she welcomed me and motivated me. My mother saw that and everyone was quite happy with the shot and I was really relaxed after it.”

When he was asked with whom he is vibing on the sets of Anupamaa, Sagar said, “It hasn’t been much time, but I have been vibing with Anuj Kapadia aka Gaurav Khanna, and even Rupali Ma’am as we are trying to bring the mother-son chemistry, I guess after the hug, things have been great for me.”

Sharing his views on the character of Samar, Sagar said, “Samar is fully energetic, as he is a dancer he has a light foot and you have to act, dance and even in terms of the expressions you have to be a little loud. It does take a lot of energy, I am quite excited as there is a lot to do with the character. Samar has swag with the character so that’s what I am looking forward to.” 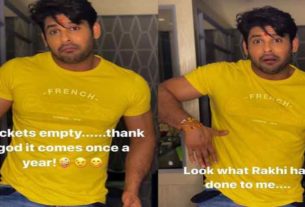 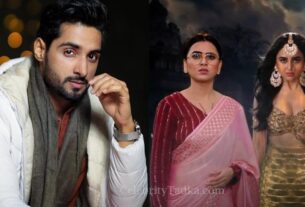 Naagin 6: Bhavya Sachdeva to enter the show as cameo, He will be paired opposite Tejasswi Prakash 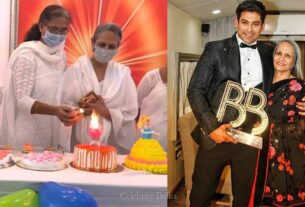