Bigg Boss 14 winner Rubina Dilaik enjoys immense popularity after her amazing sting in the controversial reality show. Ever since the show got over, the actress is making lot of headlines. From her upcoming projects to her social media posts, she is always in news. Rubina keeps sharing stunning photos and fun-loving videos on her social media handle to keep her fans entertained.

Recently, the Choti Bahu actress has dropped some gorgeous pictures of herself on her Instagram handle. She looked as pretty as always in simple look. But what caught our attention was her neck chain with her name’s initials, ‘RUBY‘ on it. The actress is seen flaunting her chain in the photos. Sharing the picture, she captioned her post as, “#sundayvibes…. #rubinadilaik#bosslady#sendinglove#prayers#wishes#love#joy.”

After coming out of BB14, Rubina was seen in a music video ‘Marjaneya‘ along with her hubby Abhinav Shukla, sung by popular singer Neha Kakkar. Later, she featured in music video ‘Galat‘ alongside BB13‘s Paras Chhabra which was sung by popular Indian singer Asees Kaur. Both the songs has received a great response from viewers. Currently, Rubina is seen in her TV show Shakti- Astitva Ke Ehsaas Ki as Saumya.

ALSO READ: Rubina Dilaik shows her Goofy side as she tries to do Moonwalk in Michael Jackson style wearing a Saree: WATCH 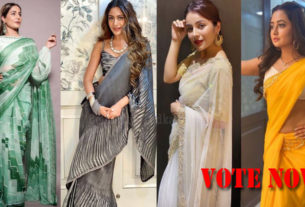 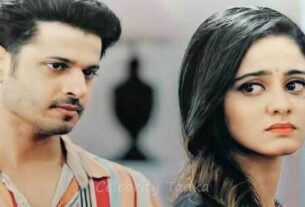