Bigg Boss 14 winner Rubina Dilaik enjoys immense popularity after her stint in the reality show. The actress has gained massive fan following on social media and is ruling the hearts of millions of fans around the globe. Today morning, Rubina surprised her fans with a stunning pool pictures of herself clicked by hubby Abhinav Shukla.

The Shakti actress looks effortlessly gorgeous in sea blue coloured bikini with gold Jewellery & flowers on her hair as she enjoys hot summer in pool. Sharing the picture, Rubina wrote a love-filled caption for her hubby Abhinav, who clicked her beautiful photos. She wrote, “Love the way you look at me @ashukla09.”

On work front, after coming out of the BB14 house, Rubina was seen in a music video ‘Marjaneya‘ along with Abhinav Shukla which was sung by popular singer Neha Kakkar. Later, she was seen in music video ‘Galat‘ alongside BB13‘s Paras Chhabra, sung by Asees Kaur. Both the songs has received a great response from viewers. The actress is currently seen in her TV show Shakti-Astitva Ke Ehsaas Ki as Saumya.

ALSO READ: Rubina Dilaik expresses gratitude towards her fans for their amazing response on her music video ‘Galat’; She Thanks fans for making it Trending at No. 1 on YouTube 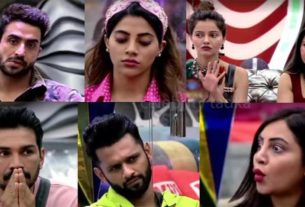 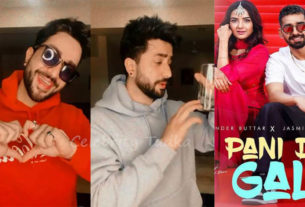 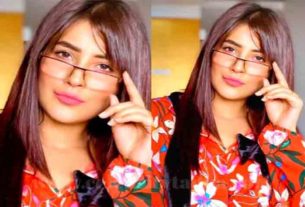