Here’s most loved Star Plus shows which is ruling the hearts of viewers with their interesting storyline & amazing twists and turns. While there are some shows which are TRP spinners and making huge numbers, there are some shows that have a fan following but do not get the kind of numbers that constitute success in normal terms. Here’s some of your new favorite shows of Star Plus that you love to watch – Mehndi Hai Rachne Waali, Shaurya Aur Anokhi Ki Kahani, Anupamaa, Imlie and Ghum Hai Kisikey Pyaar Meiin among others. Which Star Plus show you love the most? Tell us in the poll section below.

Star Plus show Mehndi Hai Rachne Waali is making lot of headlines with it’s interesting twists & turns. It stars Shivangi Khedkar and Sai Ketan Rao in lead, who is playing the role of Pallavi and Raghav respectively. The viewers are loving their on screen chemistry and fondly calls them #RaghVi.

Shaurya Aur Anokhi Ki Kahani starring Karanvir Sharma and Debattama Saha is grabbing lot of attention nowadays. The show is one of the most loved show on television. It is keeping the viewers entertained with it’s interesting twist and turns & amazing storyline. Karanvir and Debattama Aka Shaurya–Anokhi‘s on screen chemistry is receiving lot of love from fans.

Ghum Hai Kisikey Pyaar Meiin is one of the most loved show on Star Plus. Since the beginning, the show has managed to garnered lot of attention from viewers. It stars Neil Bhatt, Ayesha Singh and Aishwarya Sharma in pivotal roles. The show is keeping the fans hooked to it with its interesting twist and turns. The show is always in top five when it comes to TRPs.

Star Plus popular show Anupaama starring Rupali Ganguly, Sudhanshu Pandey, and Madalsa Sharma has been making lot of headlines. The show is one of the most popular show on television and topping the TRP charts since its release.

Star Plus’ show Imlie has been doing amazingly good on the small screen. Imlie is one of the most loved shows on television, starring Sumbul Touqeer Khan and Gashmeer Mahajani in lead. The duo is playing the role of Imlie and Aditya in the show. Imlie began to broadcast on the small screen last year in November. The show started to get all the love from the audience in no time. 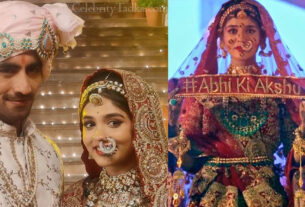 Yeh Rishta Kya Kehlata Hai: Akshara to have a surprise performance for Abhimanyu on wedding ceremony 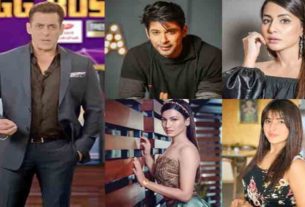 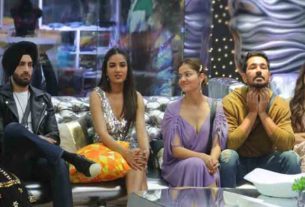