The show taken a leap rather early on in the story, which led Shiny Doshi‘s character Dhara aged on-screen rather soon. In an interaction with India Forums, when Shiny was asked if she was aware of the leap and what prompted her to take up the role.

The actress said, “I was told all this, way before I signed the show, right when I was auditioning for the role, I was told that the show is going to take a leap, of course, but it was a very powerful character and I understand that. It is Dhara who unites the whole family, it is she who keeps everyone together, and somewhere or the other, I knew it. Even when we started, the age gap between Kinshuk and my character is that of 19 years, and we were kids when we got married so even when the leap happened, we are still in the 27-28 age group. But the kind of equation I have with everyone on sets, I am totally okay with that.”

The actress further revealed that her character Dhara has received immense popularity. She said, “In fact, you won’t believe the kind of popularity I have got because of this character, I have never gained so much popularity for any characters. People have loved Dhara, and I have got messages from everyone, even the production and channel keeps telling me that Dhara was trending, so when that happens and when you work for it, especially when social media presence is so strong, it is a very great feeling that your work is being appreciated. I had a vision for Dhara when we signed it and I knew this is how it will go, and the production, as well as the channel, also moulded me in this way. I feel very connected to the show and I made the right decision by taking it up, and leap, or anything else, does not matter.” 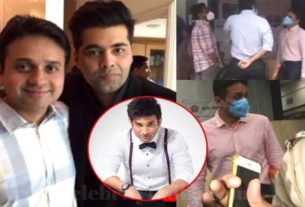 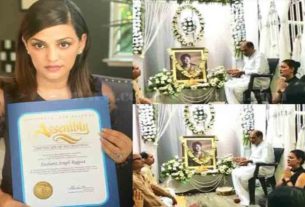 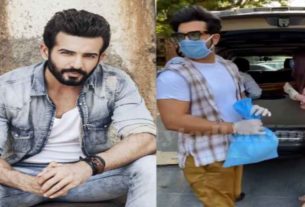 Jay Bhanushali slams the actors who are distributing Food to the Needy by Clicking Pics and videos, Calls it a PR Stunt; Pahira Fans Lashes Out at him