The ongoing track of Ayesha Singh-Neil Bhatt starrer Ghum Hai Kisikey Pyaar Meiin revolves around Pakhi who gives birth to Sai-Virat’s baby. The latest episode saw Pakhi experiencing labor pain and she calls Virat for help as she is alone at home and whole family gone for Bhoj in a temple. Virat rushes to home amidst heavy rain and also calls Sai asking her to reach home asap. Sai learns about Pakhi’s condition and tries to reach home but get stuck in hospital due to heavy rain outside.

Virat reaches home and sees Pakhi in extreme pain while Sai tells Virat to do the delivery at home. She instruct Virat on laptop and he arranges everything for delivery. Sai tells him the process while Virat performs Pakhi’s delivery just like Aamir Khan delivered the baby in movie 3 idiots.

Pakhi to give birth to a baby boy

And now, as per India Forums reports, Pakhi gives birth to a baby boy. It will be interesting to watch if Pakhi will give child to Sai post delivery or not. As it was already seen that Pakhi has decided to not give back child to Sai.

In the upcoming episode, Sai will come home with police & get Pakhi arrested saying she cheated her to become surrogate mother and broke law. Police takes Pakhi to jail. Virat defends her and tells Sai to not take the matter to the police as Patralekha is their family member. Sai gets furious as Virat still defending Pakhi even after knowing her evil truth.

She strictly tells Virat if someone tries to support Pakhi in her wrongdoings then she’ll take action against them too. Sai threatens family that if anyone tries to bring Pakhi back then she’ll leave the house along with the child and will never return. Family stands shocked hearing Sai’s warning. Will Pakhi succeed in taking away the child from Sai? Will Virat go against Sai to support Pakhi? 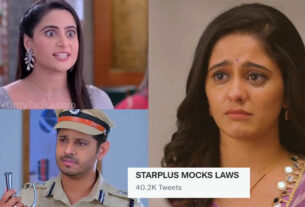 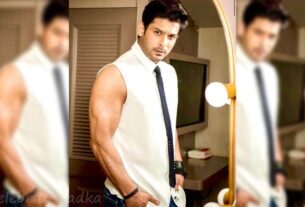 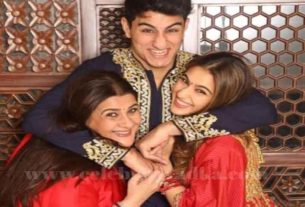 Sara Ali Khan’s Driver Tests Positive for COVID-19; The Actress, her family and other staff have tested Negative