The upcoming track of Ayesha Singh-Neil Bhatt starrer Ghum Hai Kisikey Pyaar Meiin will see Pakhi having labor pain and she calls Virat for help while a stranger man enters her room. The current track revolves around Sai showing pregnancy symptoms and family gets happy hoping that she might also be pregnant. But Sai asks them to not expect anything while Ashwini, Virat and others asks Sai to take pregnancy test.

Due to some situation, Sai fails to do the test while Pakhi gets scared as she feels that everyone’s attention will shift to Sai if she get pregnant. When family asks Sai if she did pregnancy test she refuses while Pakhi is also curious to know if Sai is pregnant or not. But Sai doesn’t tells her anything. Pakhi then goes to her room and shares her fear with her mother that if Sai gets pregnant than everyone’s attention will shift towards Sai and all her plan will fail.

Ashwini overhears Pakhi’s conversation wherein she tells Vaishali that Virat will take care of Sai more and leave her if Sai gets pregnant. Ashwini comes inside room and taunts Pakhi about running behind her son. Pakhi tries to act innocent but Ashwini says that she knows her intentions very well since long time.

ALSO READ: Ghum Hai Kisikey Pyaar Meiin: Pakhi’s baby shower! Pakhi to reveal her real intentions to Sai that she will not give her the child

The show will see new twists with the leap of 8 months. The latest precap saw Pakhi screaming due to labor pain and she calls Virat for help. Pakhi asks Virat to comes fast as nobody is there in the house for her help. Virat tells her to wait as he was about to reach home and says Sai also reaching there. Pakhi lays on the floor due to pain and just then a man enters her room. Pakhi looks shocked seeing the man. Who’s that strange man in Pakhi’s room? Only time will tell. 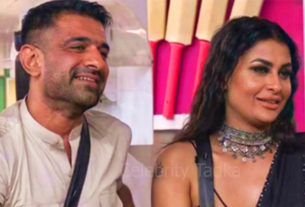 Bigg Boss 14: Eijaz Khan on marriage plans with Pavitra Punia; Says, “If all goes well, Pavitra and I will get married this year” 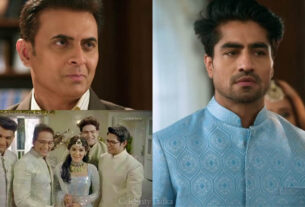 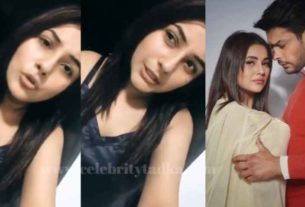 Bigg Boss 13’s Shehnaz Gill Requests Fans To Not Fight with Each other; If they Honestly Love her and Siddharth