Colors TV show Naagin 6 is currently one of the most popular show on television and it stars Tejasswi Prakash, Simba Nagpal and Mahek Chahal in lead. The show is doing well on the TRPs charts since start and getting immense love from viewers. The makers of the show all set to spice things up by introducing a new track. Recently, it was reported that supernatural saga has received an extension till December 2022.

The show will soon take a generation leap and shoot of the show will wrapped up in November and go off-air in December. Pratha will get married and deliver a baby. The future story of the show will revolve around Pratha’s baby while a lot of actors will bid adieu to the show.

After the news of Naagin 6 extension and leap, the rumors started doing rounds that Tejasswi Prakash bidding adieu to the show. However, as per latest reports, Tejasswi will continue to be a part of the show.

As per reports in ETimes, the Bigg Boss 15 winner will seen in the show even after the generation leap. The actress expected to play her own daughter in Naagin 6 after the new track introduced.

The show will reportedly shift to a new time slot next month. Jhalak Dikhhla Jaa 10 will take over the 8pm slot on weekends on Colors channel.

The ongoing storyline of Naagin 6 revolves around Pratha vowing to take revenge from Mehek and others for Rishabh’s death. She performs Tandav in front to Lord Shiva to welcome Takshak while Mahek gets furious on learning that she’s not Shesh Naagin. She plans to expose Kiara as she feels she is Pratha while Pratha demands Rishabh’s life back from Takshak but he refuses to fulfill her wish.

In the forthcoming episode, Shesh Naag asks Takshak why he didn’t fulfilled Pratha’s wish. Takshak will reveal that Rishabh is alive that’s why he cannot fulfill her wish. Other hand, Shesh naagin will have a major showdown with Mehek and a new enemy. 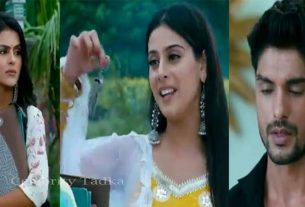 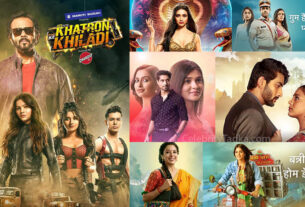 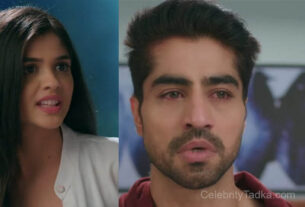 1 thought on “Naagin 6: Tejasswi Prakash to leave the show after 20-year leap? Here’s what reports says”