Colors TV show Naagin 6 have been grabbing lot of attention with its interesting twists and amazing starcast. The show stars Bigg Boss 15 winner Tejasswi Prakash, actor Simba Nagpal & Mahekk Chahal in pivotal roles. Fans are liking the chemistry between Tejasswi and Simba Aka Pratha-Rishabh in the show. The show has been receiving mixed reactions from viewers, some are liking the story while some doesn’t.

The supernatural saga had a good opening and made it to the list of top 10 ITV shows on BARC TRP charts in first two week. However, The show seen a slight drop in ratings and grabbed 11th spot with 1.9 TRP on week 9. But, the show is ruling the online ratings charts since start. The hype for the show is indeed high.

And today, Since evening, Tejasswi and Simba’s fans are trending “NAAGIN 6 RULING HEARTS” on Twitter celebrating the success of the show. A fan wrote, “i mean for a weekend show to be number 1 is really huge! trending almost every week on voot number 1 after every episode is huge! not even daily shows do that often! stop discrediting their hardwork! NAAGIN 6 RULING HEARTS.”

Yess definitely ruling heartsss!! The entire cast and crew who all are working in front or behind the camera.. YOU ARE CREATING MAGIC!#PraRish ne dil le liya hai mera ❤️

Awesome episode today.. Day by day the show become very interesting and thrilling.. loved it.. also I love innocent and fierce #Pratha .. Teju is best her acting is just on another level.. proud to be her fan..
NAAGIN 6 RULING HEARTS#TejasswiPrakash #Naagin6@itsmetejasswi pic.twitter.com/uotWd9nyCg

i mean for a weekend show to be number 1 is really huge! trending almost every week on voot number 1 after every episode is huge! not even daily shows do that often! stop discrediting their hardwork!

#tejatroops don't you feel jiotv/jiocinema have been promoting naagin like crazy ? cause people are watching it their and the hype is real online, the reason why it is topping charts online. 😌

As #Naagin6 Teja gets to show acting capabilities. The way she sways,moves,smiles & smirks it just if k1lling them with kindness has a face! Her sweet disposition that wide eyes gaze! 💕

Tbh m not into shows like #Naagin6 with @itsmetejasswi has made me watch it ! 🤪 Nd honestly m loveing her acting expression … Truely she is a star … May god bless her with success and happiness 🙏😊 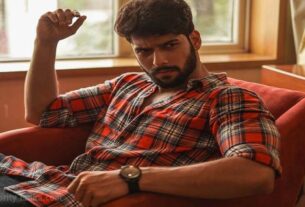 Mehndi Hai Rachne Waali actor Sai Ketan Rao on the success of his show; “It is an unexpected experience that I am having, I am really loving it” 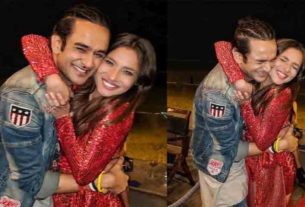 Vikas Gupta pens a Heartwarming poem for Ankita Lokhande; Says, ‘You Are One of a Kind’ 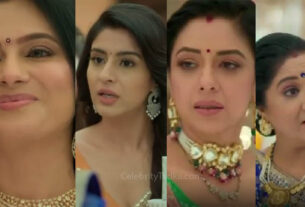