We have already reported about Mayuri Deshmukh’s re-entry in the show and now in the upcoming episode we will see Malini returns in Imlie. Today’s episode of Sumbul Touqeer-Fahmaan Khan starrer show Imlie witnessed Jyoti learning that Imlie and Kairi are same person. Jyoti flops Imlie’s plan as she sees camera in the room which records her setting trap to kill Imlee. Jo deletes her video and records another clip wishing Aryan’s on his Birthday.

When Imlie plays video in front of family, she gets shocked seeing Jyoti extending B’day wishes to Aryan. Imli panics thinking that Jyoti is always ahead in conspiring against her and fears how will she expose her. Aryan tries to calm her down but still doesn’t believes that Jyoti is the real culprit. Imlie doesn’t know that Jyoti knows her and Kairi’s truth. She gets fooled by Jyoti as she calls Kairi to come because she want to share her new plan to kill Imlie.

Imli takes kairi avatar and comes to the Rathore house. She talks to Jyoti and was about to learn the new plan but Neela comes there and orders her to clean the curtains. Jyoti tells Kairi to do the work which Neela said. Later, Jyoti locks Arpita and Sundar one by one so that they cannot help Imli aka Kairi.

ALSO READ: Imlie: Mayuri Deshmukh aka Malini and Jyoti Gauba might returns in the show

Further, Kairi stops Jyoti and asks her about the plan to which she tells her that she has bought the kidnappers to get Imlee kidnapped. Imle immediately informs Aryan about Jyoti’s plan and asks him to come home. Aryan return while Imlie tells him that she will go to the temple as Jyoti is anticipating. Arpita and Sundar also come there and informs them that Jyoti had locked them in different rooms. Aryan says they didn’t saw who locked then how can they accuse Jyoti without proof.

In the upcoming episode we will see Aryan and Sundar shielding Imlie thinking that the goons have come to kidnap her. Imlee comes in front of the goons and fights with them as they put gun on her while Aryan and Sundar also attacks goons. However, goons makes Aryan smell chloroform and he falls unconscious after which they lock the family inside house and Kidnaps Aryan. Other hand, Malini returns to create havoc in her step-sister aka Imlie’s marital life. Meanwhile, Jyoti will wonder who kidnapped Aryan.

Reportedly, the goons will call their boss and inform that her work done. The boss might turn out to be Malini, who will thanks goons and tells them that their money will transferred soon. 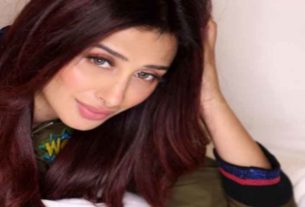 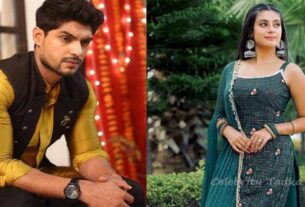 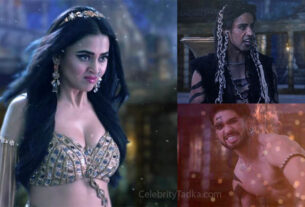 Naagin 6: Renaksh and Bannu to die during a fight with Pratha and Mehek?