Star Plus show Anupamaa is grabbing lot of attention with lot drama and twists. The forthcoming episode will see Toshu getting furious after Kinjal breaks ties with him on learning affair truth and he threatens Anupamaa that he will not forgive her. The current track of Rupali Ganguly–Gaurav Khanna starrer revolves around Anupamaa revealing Toshu’s affair truth to everyone leaving everyone shocked. She lashes out at Toshu for cheating Kinjal and having no regrets or shame on wrongdoings. Kinjal shatters on learning the truth while Toshu keeps denying the allegations.

However, he later accepts having an affair but calls it normal saying a man has his needs. Kinjal breaks down hearing all this while Anupama slaps Toshu as he continues to justify himself. Later, Toshu tries to manipulate Kinjal asking her to listen to him before taking any decision. He says Anupama is trying to break his family. Kinjal looks at him with disgust as Toshu is not ready to accept his mistakes.

Kinjal sarcastically tells Toshu that she will forgive him but on one condition which is she will also do affair just like him to fulfill her needs. This makes Toshu furious and he shouts at Kinjal while she too yell at him. Vanraj comes and shouts at Toshu for stooping so low. He grabs Toshu’s collar and slaps him tightly.

ALSO READ: Anupamaa-Vanraj slaps Toshu, Kinjal lashes out at him and refuses to forgive him for his betrayal

Toshu tells him to understand that women overreact but men have their needs. Hearing this, Vanraj again slaps him and says that he still is guilty of what he did to Anupama in past but he is not ready to accept his mistakes.

Anupama then asks Kinjal to decide what she wants while Rakhi gets tensed about Kinju’s decision as she doesn’t want her daughter’s family get broken. Rakhi says that Toshu has promised her that he will not repeat his mistake in future while Anupama says that Toshu is her child and she knows he will do the same again. Anu adds that Toshu has no regret about his mistakes hence there is no guarantee that he will be loyal in future.

Just then, Arya starts crying while Toshu and Kinjal move towards her but Kinju stops him from going near her daughter. Kinju cries seeing her daughter while Rakhi asks Kinjal to take decision thinking about her child.

Vanraj intervenes and declares that Kinjal will not leave the Shah house. He adds the person who will leave the house is Toshu. He grabs Toshu’s collar and throws him out of the house. Furious Toshu threatens Anupamaa Kapadia saying that he will not forgive her after what she has done to him.

Will Toshu come back to take revenge on his mother? 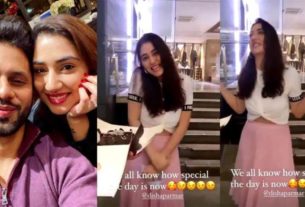 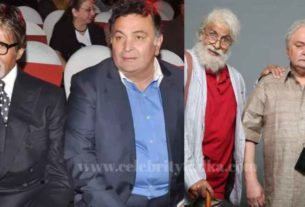 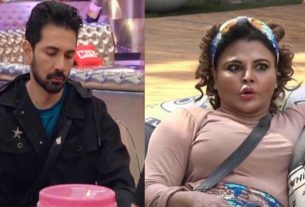