Star Plus show Imlie season 1 finally coming to an end. It is one of the most loved show on television and has been doing well on the TRP charts since start. Fahmaan Khan and Sumbul Touqueer as Aryan-Imlie won millions of hearts with their onscreen chemistry and off-screen friendship bond. As per reports, the show is set to take generation leap after which the story will revolve around Imlie’s daughter. Sumbul and Fahmaan is set to leave the show as they have wrapped up their final shoot.

Fahmaan Khan and Sumbul Touqeer shared posts on their Instagram thanking their fans for their immense love as they bids adieu to the show ‘Imlie’. #AryLie and #SuMaan fans are getting emotional saying goodbye to their facourite onscreen pair.

On Insta, Fahmaan shared a picture with Sumbul aka Imlie from the sets and wrote a heart-touching poem sharing his feeling of leaving the show. He wrote about how he wished to spend more time with Imlie and at the end, he said, “I love you #imlie! Yours Aryan Singh Rathore.”

Meanwhile, Sumbul dropped some pics with Fahmaan and wrote, ‘Phir milihein akadbagghe Tumhri jungli’. In another post, Sumbul said, ‘Signing off. your’s imlie forever. Thank you for everything IMLIE’.

On seeing their goodbye posts, Fahmaan and Sumbul fans got emotional as they flooded their comment section with love and wrote how badly they will miss them on the show. A fan commented on Fahmaan’s post, ‘We miss you #arylie #sumaan’. Another one said, ‘This is so heart melting…. ohh god gonna miss you both a lot…. Brilliant performer both, brilliant chemistry, brilliant human being, and ofcourse #brillantfriends God bless you both’.

ALSO READ: Imlie: Fahmaan Khan-Sumbul Touqeer shares a video message thanking their fans as they announces their exit from show 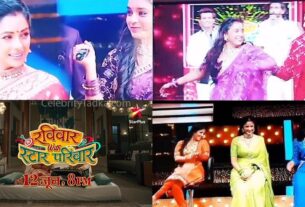 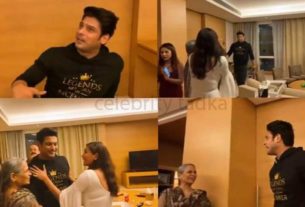 Sidharth Shukla receives Birthday bumps from his family; Shares an Hilarious video of the celebration for fans 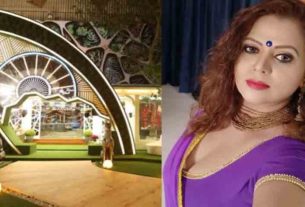