Bigg Boss 13 fame Shehnaaz Gill surprises her fans with a cute picture of herself. The actress took her Instagram handle and posted the picture in which she is seen in a cute Nerdy glasses.

In the picture, Shehnaaz is seen wearing a dark blue top with blue denim. Adding more to her cuteness, the actress did two ponytails which is looking super cute on her Nerdy look, and her goofy expression cannot be missed.

Fans are in love with her cute ponytails and Nerdy look, as a fan commented on her post, ‘Those ponny’s just added onto your cuteness girl‘. Some fans called her, ‘Meri Chashmish‘ while some said, ‘Specs suit you‘. A fan wrote, ‘Looking so cute in two ponytails‘. Another one wrote, ‘So cute, finally from hot sexy to a cutie shehnaaz, she can chnge in minutes‘.

Meanwhile, Shehnaaz is currently in Canada for the shoot of her upcoming Punjabi film ‘Honsla Rakh‘. The singer-actress will be seen alongside Bollywood actor Diljit Dosanjh and Punjabi actress Sonam Bajwa. The film will hit theatres on October 15, 2021. This is Shehnaaz‘s first ever project with Diljit. 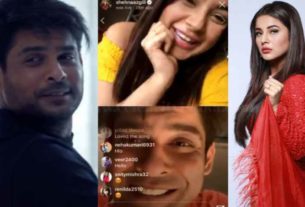 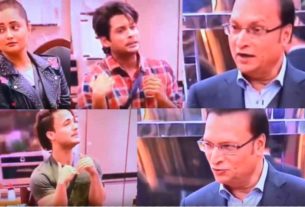 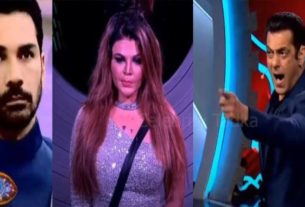