ITV star Hina Khan, who recently seen in film ‘Lines‘, has been grabbing lot of attention with her portrayal of Naziya. Two years ago, Hina walked the red carpet of the Cannes Film Festival for the first time. The first look of Hina Khan’s film Lines was unveiled at Cannes Film Festival in 2019. The film is now streaming on VOOT.

During a recent conversation about her film ‘Lines‘ with CNN News18’s Shweta Rashmi, actress Hina Khan also talked about her relationship with her Kasautii Zindagii Kay co-star Parth Samthaan, fellow Bigg Boss contestant Sidharth Shukla and Shaheer Sheikh with whom she featured in the hit music video ‘Baarish‘. She also revealed how these actors helped her sail through her father’s demise.

Taking about her relationship with Sidharth Shukla, Hina said, “Shukla is sweet, he’s nice. We don’t talk much. I think it was really cool in Bigg Boss, we kind off really connected to each other and it was fun. He’s a very fun loving person to be with, so am i. I think which is why we really gel with each other.”

She added, “And bohut masti karta, bohut shaitaani karta hai but there’s a very nice and caring side of him as well. At dad’s time he messaged me with a very cute message which made me smile momentarily and felt good. That was really sweet of him. So, we are not in touch types but whenever we connect, we connect really nice.”

Have a look at the video shared by fans:

On her equation with Parth Samthaan, Hina said, “It’s fun, With Parth my Rapo is really fun. We don’t really talk much. We don’t really connect much. But there’s lot of respect. I really liked this thing about him. He checked-on me while dad’s thing happen, he checked-on me for a very long time. I feel there’s lot of respect from his side for me and i really appreciate it.” 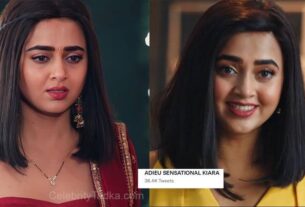 Fans trends “ADIEU SENSATIONAL KIARA” as they bid adieu to Tejasswi Prakash’s character Kiara from Naagin 6, “You slayed this role” 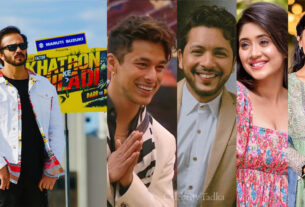 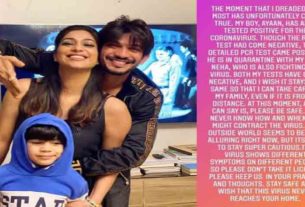