Actor Neil Bhatt and Ayesha Singh starrer show Ghum Hai Kisikey Pyaar Meiin is one of the most loved show on Television. It is grabbing lot of headlines with it’s amazing storyline and star cast. Ayesha is playing the character of Sai Joshi while Neil is seen playing the role of ACP Virat Chavan (her husband). Fans are loving the on-screen chemistry between Ayesha Singh and Neil Bhatt Aka Virat and Sai and fondly calls the duo #SaiRat.

In the ongoing episode, we saw how Virat get injured in firing and got hospitalized. After hearing this news, Pakhi (Aishwarya Sharma) along with other family members reaches the hospital looking for Virat. Later, Sai also reaches hospital with Pulkit to meet Virat. But Pakhi stops Sai from meeting Virat. She tells her that she has no right to see him as she was the only one who left the house. Ninad (Shailesh Datar) takes Pakhi‘s side saying that she sent him away and insulted Virat when he had come to apologize. He further tells Sai that he is Virat‘s father, and he will decide who will stay. Pulkit (Yash Pandit) intervene and supports Sai. Then, Sai reprimands Pakhi that she should not interfere between husband-wife.

Now, in the upcoming episode of Ghum Hai Kisikey Pyaar Meiin, we will see Sai and Virat reunion however it would be ruined by Pakhi who will again intervene between husband-wide duo. The shocked Pakhi will apologize to Virat that she had some work and hence was away and seeing an opportunity Sai came in the room. Pakhi tells Sai to leave but Sai hits back to her saying that Virat never asked her to leave. Sai then asks Virat to tell Pakhi that she is going to stay with him.

Ghum Hai Kisikey Pyaar Meiin is produced by Cockcrow Entertainment and Shaika Films. It is a remake of Star Jalsha’s Bengali series Kusum Dola. It is one of the most popular show and getting good TRP numbers. 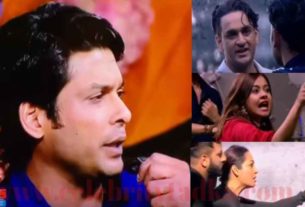 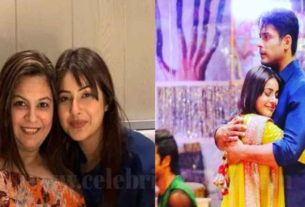 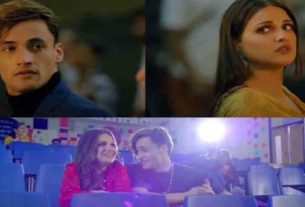